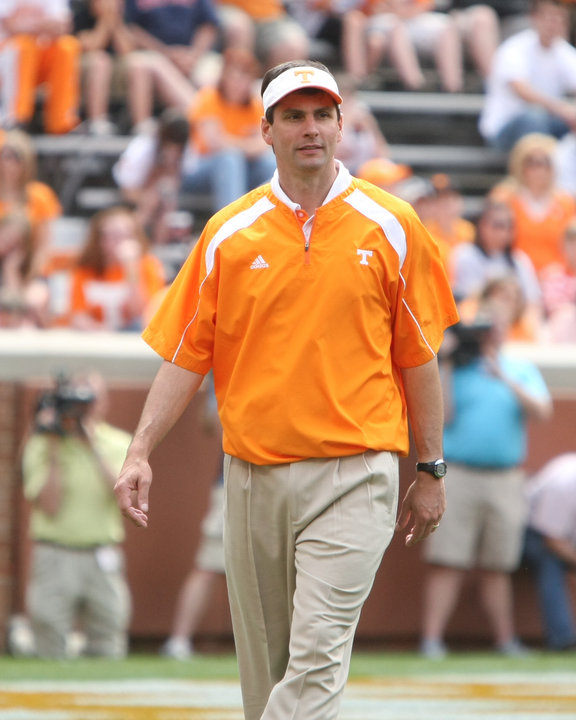 Dooley was a walk-on wide receiver at the University of Virginia. He earned a scholarship with the Cavaliers following his second season and helped the school to three bowl appearances, including an ACC championship in 1989. In 1990, he was named first-team Academic All-ACC and participated in the Senior Bowl. He graduated in 1990 with a bachelor’s degree in government and foreign affairs, and went on to earn his Juris Doctor (J.D.) degree from the University of Georgia School of Law in 1994. Dooley practiced law at Nelson Mullins Riley & Scarborough in Atlanta for almost two years before embarking on his coaching career.

Dooley started his college coaching career with a one-year stint as a graduate assistant at the University of Georgia in 1996. Dooley spent the 1997–99 seasons as wide receivers coach at Southern Methodist University, while also holding the duties of assistant recruiting coordinator during his final two years. In 2000, Dooley was hired by Nick Saban at LSU as the Tigers’ recruiting coordinator/tight ends coach, a capacity in which he served until 2002. Dooley then spent the 2003–04 seasons coaching the Tigers’ running backs and special teams. In 2005, Dooley left LSU with Saban when the latter became head coach of the Miami Dolphins.

On December 17, 2006, Dooley was hired as the new head coach at Louisiana Tech University. He replaced former coach Jack Bicknell, who was fired on December 4 after the Bulldogs finished 3–10 in 2006.

On March 6, 2008, Derek Dooley was named the Athletics Director of Louisiana Tech University replacing former AD Jim Oakes. Among his accomplishments as the Louisiana Tech AD are promoting former Lady Techster and two-time All American Teresa Weatherspoon to the position of Head Coach of the Lady Techsters basketball program in February 2009; upgrading Joe Aillet Stadium by adding a new playing turf, box seats, and videoboard; and completely overhauling the athletic department from the ground up.

Dooley was named to the Dolphins’ coaching staff on January 10, 2005 by Nick Saban, for whom Dooley had previously worked at Louisiana State University. Dooley served on the staff for two years, but left the Dolphins’ staff in 2006 when he was chosen as the new head football coach at Louisiana Tech.

Dooley inherited a program for which he would be the third head coach in as many years. Perhaps due to these coaching changes, a number of scholarship players had left the University. The 2010 Tennessee Volunteer football team was expected by many to be one of the worst in school history. With few scholarship players and a very young team, Tennessee started the season 2–6. However, they won their last four regular season games to finish the season 6–6 and bowl eligible. Tennessee went on to lose the Music City Bowl to North Carolina on the last play of the game. In 2011, the team finished a disappointing 5–7, dropping the last game of the season to Kentucky, which ended a 26 game winning streak against the Wildcats. Combined with the 6–7 record of 2010, it was the first time since 1910–1911, that the Vols had finished with losing records in back to back seasons.

In the 2012 season the Vols were in high hopes for a major turnaround. With returning star quarterback Tyler Bray back at the helm and star wide receiver Justin Hunterreturning from injury the Vols were expected to tout an offense that could compete with the top brass of the SEC’s defenses. Boosting the offense from the start of the season was the emergence of community college transfer WR Cordarrelle Patterson who became a big threat in both receiving and returning plays. However, another loss to the hated rival Florida Gators, a game in which the Vols were in control for a majority of time, would send the season sinking. The Vols would then lose six of the nine remaining games including a four-game losing streak. A heartbreaking loss to Missouri left many fans fed up with Dooley after a questionable call to play overtime rather than play for a game-winning field goal would deprive the Vols of a victory. A lop-sided loss to in-state rival Vanderbilt would be the final straw. Derek Dooley and the Volunteer football team went 5-7, with all 7 losses being to SEC teams. As a result, Tennessee recorded three consecutive losing seasons (2010, 2011 and 2012). Derek Dooley amassed the worst record of head coaches with more than two seasons in Tennessee history, and the worst overall since 1906. He also has the worst record of all Tennessee coaches in SEC play. On November 18, 2012, Dooley was fired from his head coaching position effective immediately, being replaced by Butch Jones, the former head coach of the University of Cincinnati.

On February 5, 2013 the Dallas Cowboys officially hired Dooley as their Wide Receivers coach.

Dooley’s wife is Dr. Allison Jeffers Dooley, who is an OB/GYN, and they have three children named John Taylor, Peyton, and Julianna. 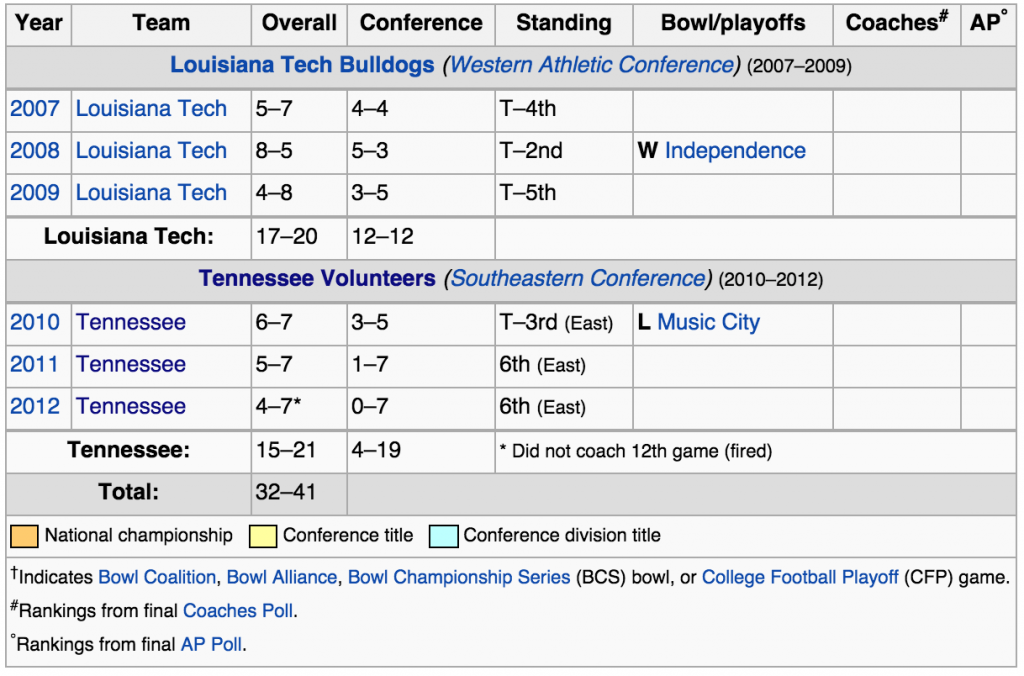