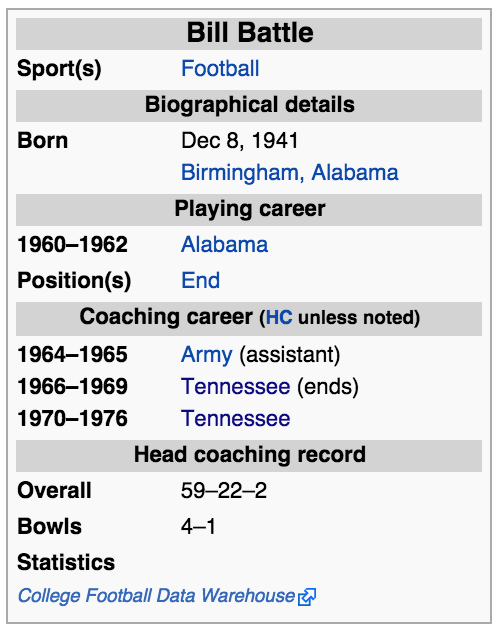 Bill Battle (born 1941) is the Athletic Director of the University of Alabama. He was appointed by University President Dr. Judy Bonner and approved by the board of trustees March 22, 2013. He succeeded long-time Director Mal Moore, who stepped down for health reasons at age 73. Bill was formerly a licensing executive and a college football player and coach. He was the head football coach at the University of Tennessee from 1970 to 1976. At the time he began as head coach, he was, at 29, the youngest college head coach in the country. A native of Birmingham, Alabama and a graduate of theUniversity of Alabama, Battle was one of many of Bear Bryant‘s former players and assistant coaches who later became head coaches.

Despite a 59–22–2 record in seven seasons in Knoxville in an era in which Alabama dominated the Southeastern Conference and annually contended for the national championship, Battle was forced out after the 1976 season, allowing Volunteer legend Johnny Majors to return to his alma mater after leading Pittsburgh to the 1976 national championship.

Battle is the founder and chairman of The Collegiate Licensing Company (CLC). In 1981, while working for Golden Eagle Enterprises in Selma, Alabama, Battle signed Paul “Bear” Bryant to a licensing agreement. The University of Alabama signed on as CLC’s first university client. In 1983, Battle moved the newly formed company to Atlanta, Georgia.

Battle is also a member of the group that votes in the Harris Interactive College Football Poll. 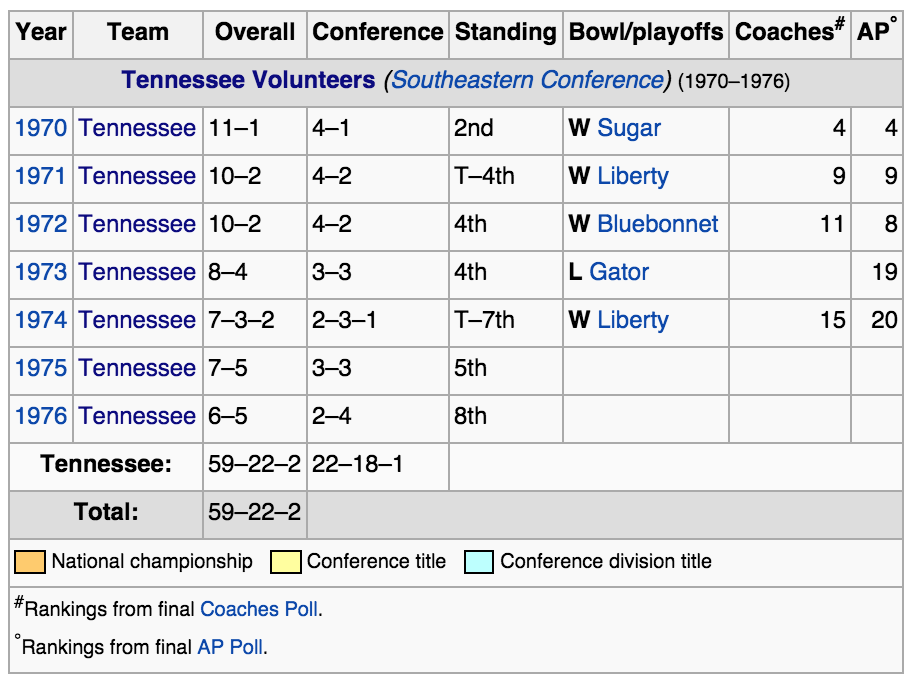