Barnhill was the head coach for the University of Tennessee for four seasons from 1941 to 1945. He coached the team during World War II, managing the squad during the absence of General Robert Neyland who left for the War. During this period he led Tennessee to a record of 32–5–2.

Barnhill Arena, the former men’s basketball and current women’s athletic facility at the University of Arkansas, was named for him. Barnhill is a member of both the Arkansas Sports Hall of Fame and the Tennessee Sports Hall of Fame. 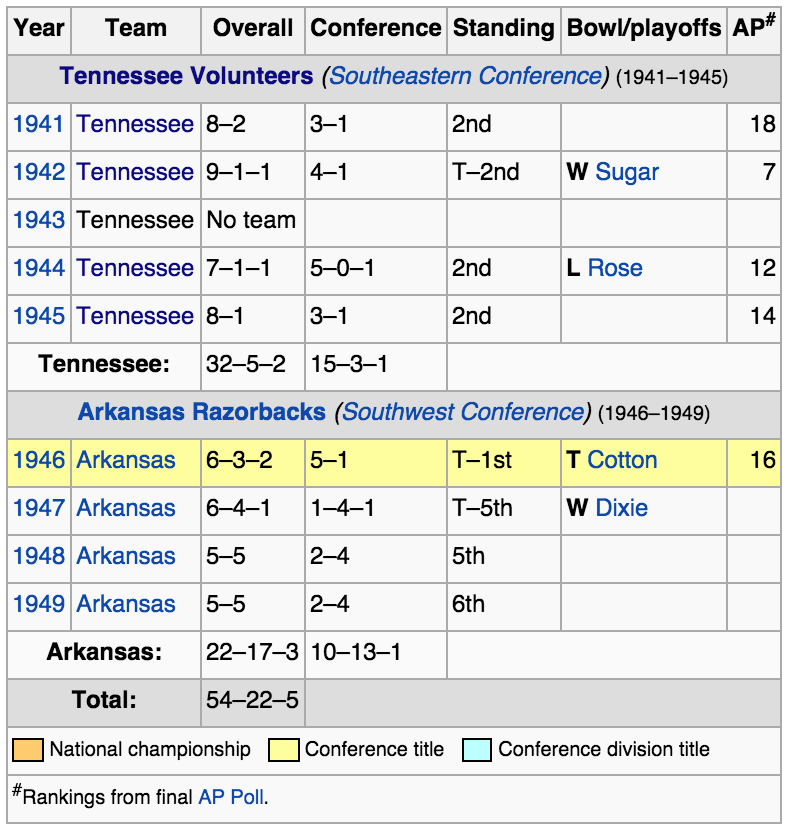