The 2011 Tennessee Volunteers football team represented the University of Tennessee in the 2011 season. The team was coached by Derek Dooley, who entered his second season with UT. The Volunteers played their home games atNeyland Stadium in Knoxville, Tennessee, and competed in the Eastern Division of the Southeastern Conference (SEC). 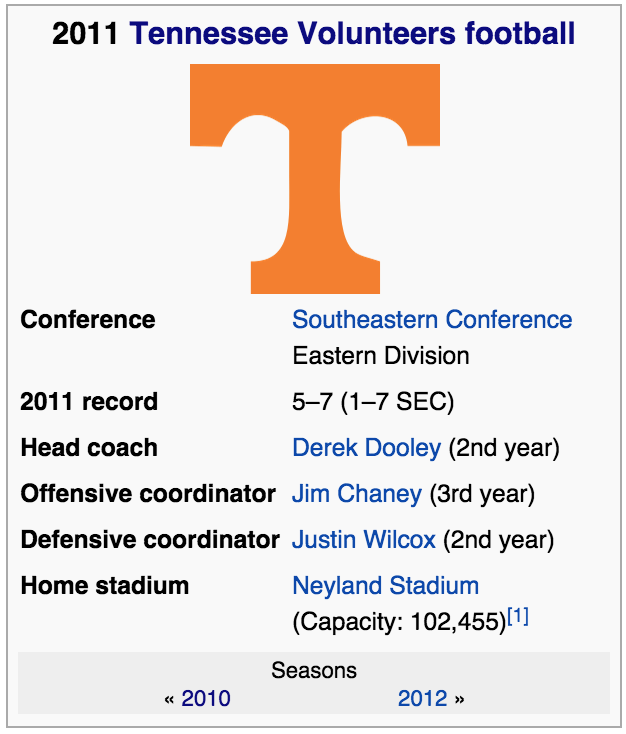 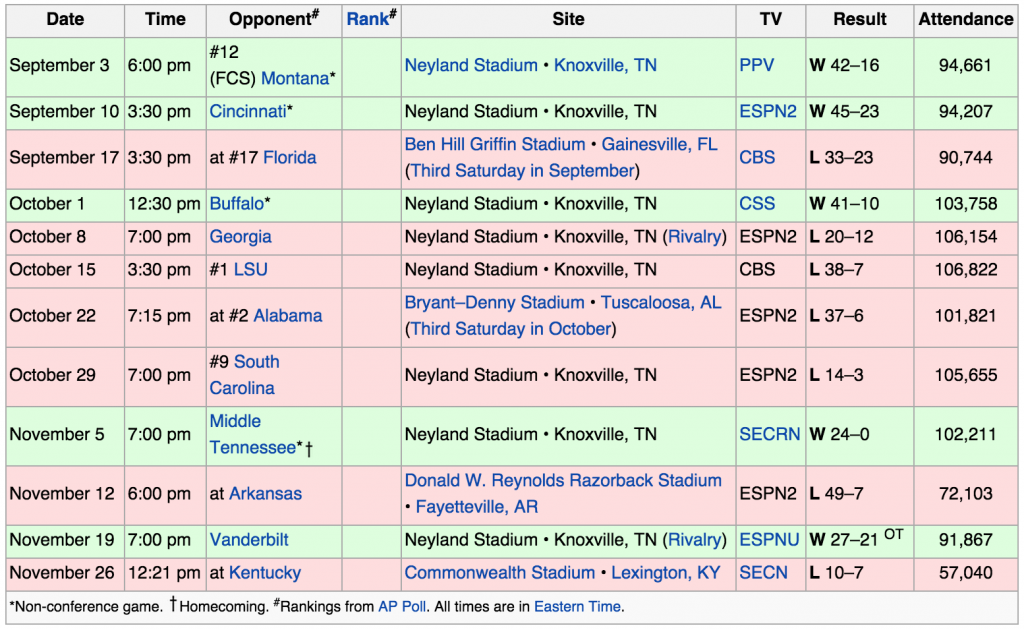 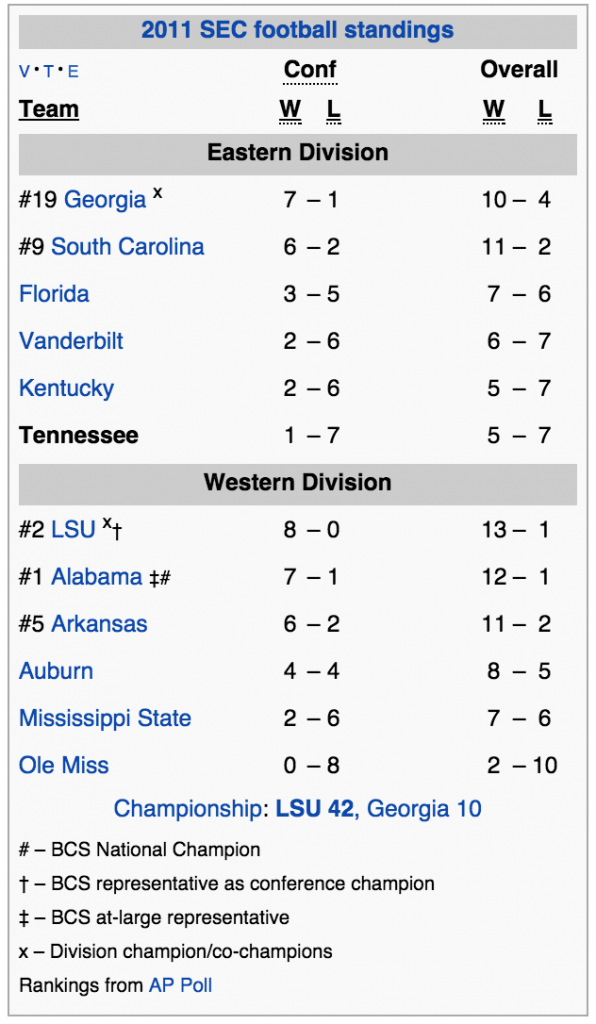