The 2010 Tennessee Volunteers football team represented the University of Tennessee in the 2010 season. The team was coached by Derek Dooley who was in his first season as the 22nd coach in UT football history. The Vols played their home games at Neyland Stadium and competed in the Eastern Division of the Southeastern Conference. The Vols played seven home games this season. Derek Dooley won his coaching debut with the Vols 50–0 versus Tennessee-Martin on September 4, 2010, in front of 99,123 at Neyland Stadium.

They finished the season 6–7, 3–5 in SEC play and were invited to the Music City Bowl where they were defeated by North Carolina 27–30. 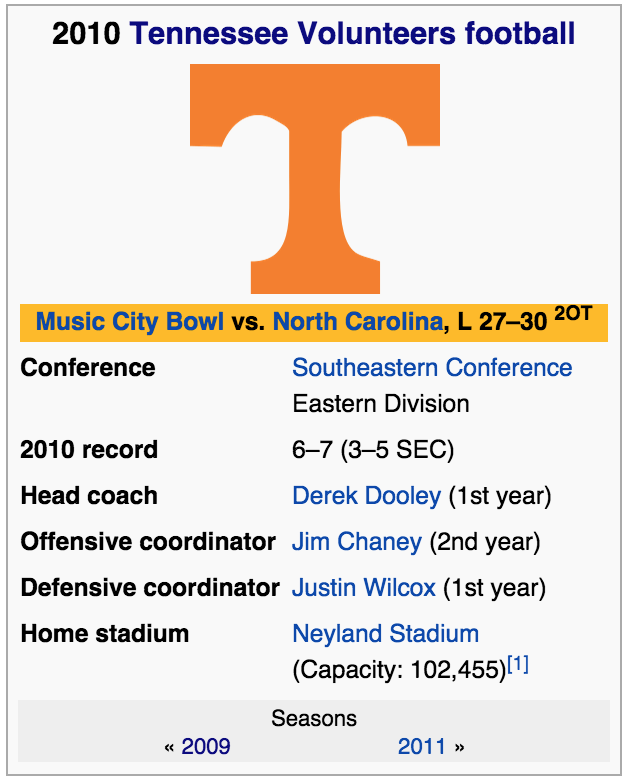