The 2004 Tennessee Volunteers (variously “Tennessee”, “UT”, or the “Vols”) represented the University of Tennessee in the 2004 season. Playing as a member of the Southeastern Conference (SEC) Eastern Division, the team was led by head coach Phillip Fulmer, in his twelfth full year, and played their home games at Neyland Stadium in Knoxville, Tennessee. They finished the season with a record of ten wins and three losses (10–3 overall, 7–1 in the SEC), as the SEC Eastern Division Champions and as champions of the Cotton Bowl Classic after they defeated Texas A&M. 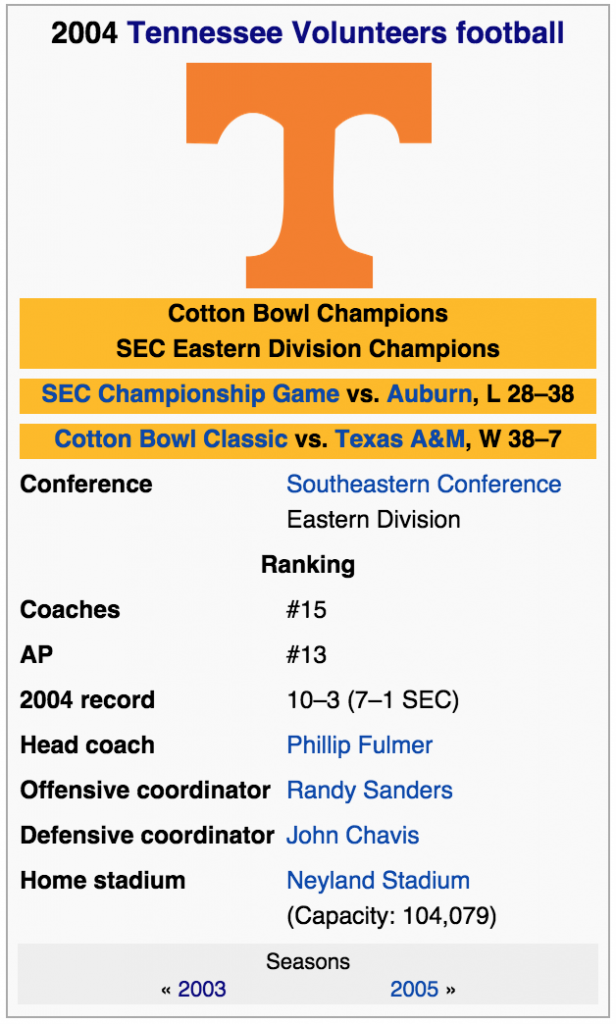 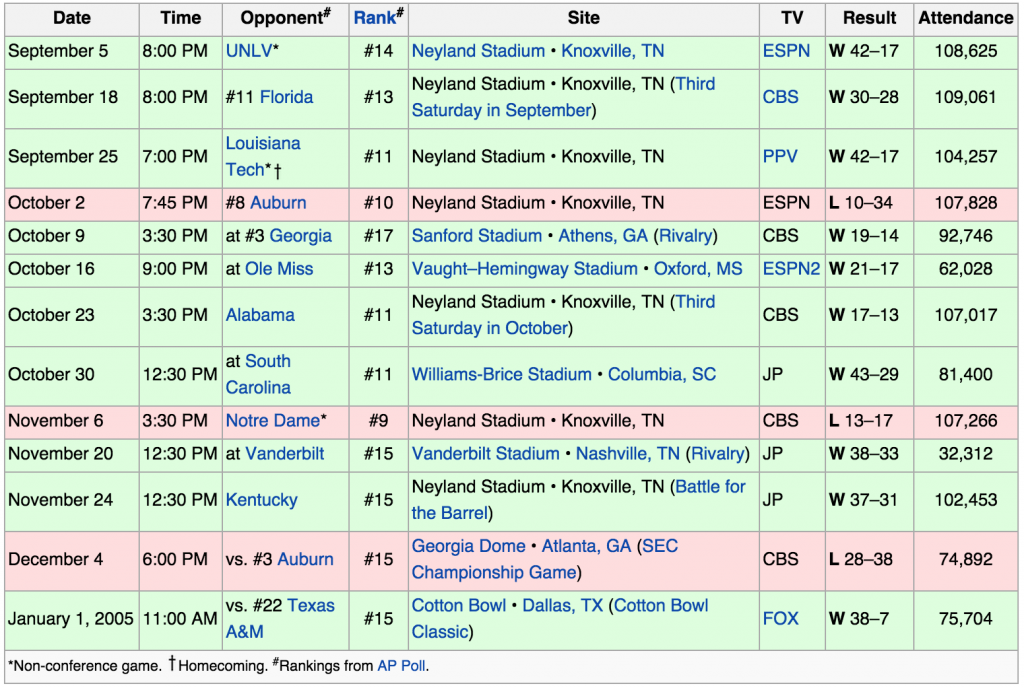 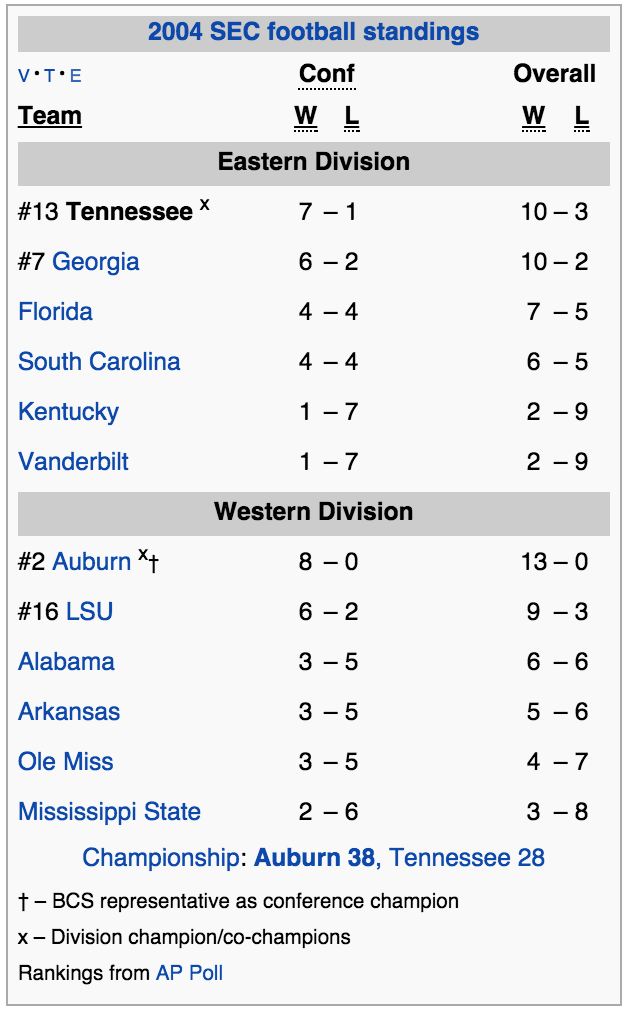