The 1997 Tennessee Volunteers football team represented the University of Tennessee during the 1997 season.Quarterback Peyton Manning had already completed his degree in three years, and had been projected to be the top overall pick in the 1997 NFL Draft, but returned to Tennessee for his senior year. The Volunteers opened the season with victories against Texas Tech and UCLA, but for the third time in his career, Manning fell to Florida, 33–20. The Vols won the rest of their regular season games, finishing 10–1, and advanced to the SEC Championship Game game against Auburn. Down 20–7, Manning led the Vols to a 30–29 victory. Throwing for four touchdowns, he was named the game’s MVP, but injured himself in the process. The #3 Vols were matched up with #2 Nebraska in the Orange Bowl. Had Tennessee won and top-ranked Michigan lost to Washington State in the Rose Bowl, the Vols would have been expected to win the national championship. However, the Vols’ defense could not stop Nebraska’s rushing attack, giving up over 400 yards on the ground in a 42–17 loss. As a senior, Manning won numerous awards. He was a consensus first-team All-American and won the Maxwell Award, the Davey O’Brien Award, the Johnny Unitas Award, and the Best College Football Player ESPY Award, among others. However, he did not win the Heisman Trophy, finishing second to Charles Woodson of Michigan. 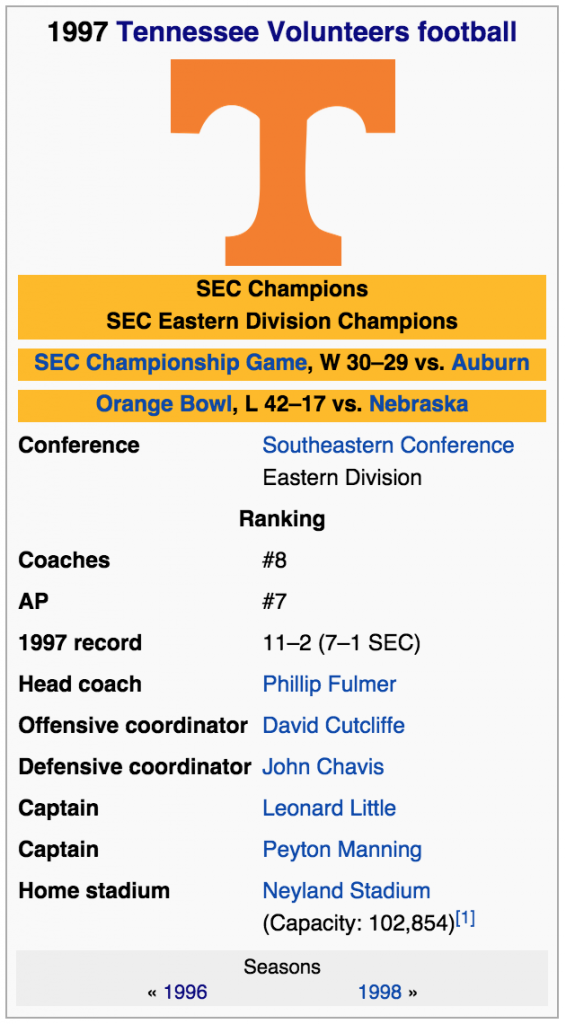 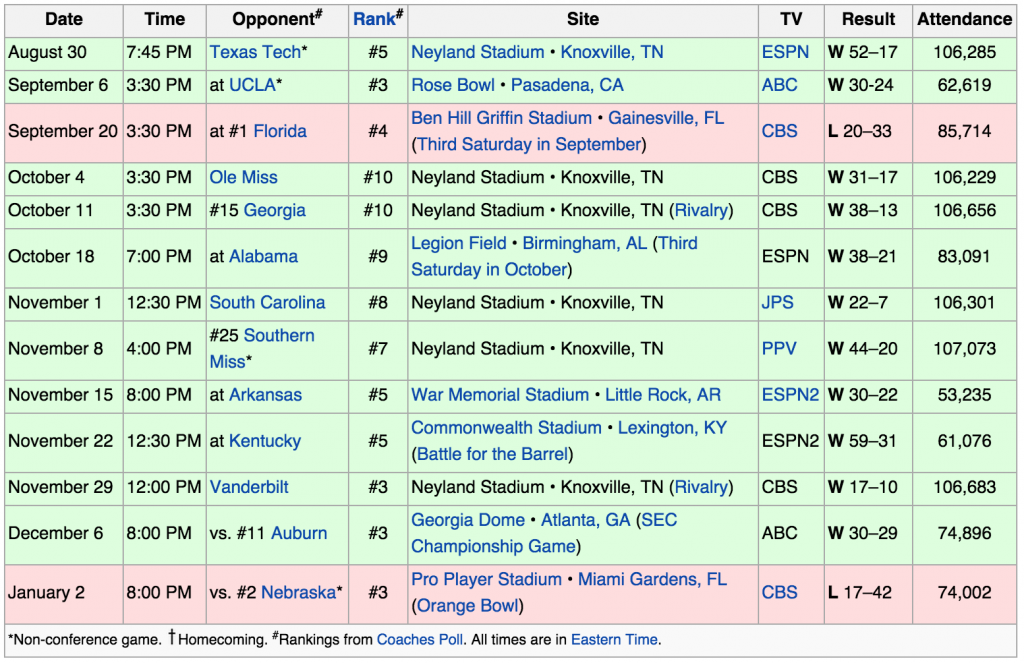 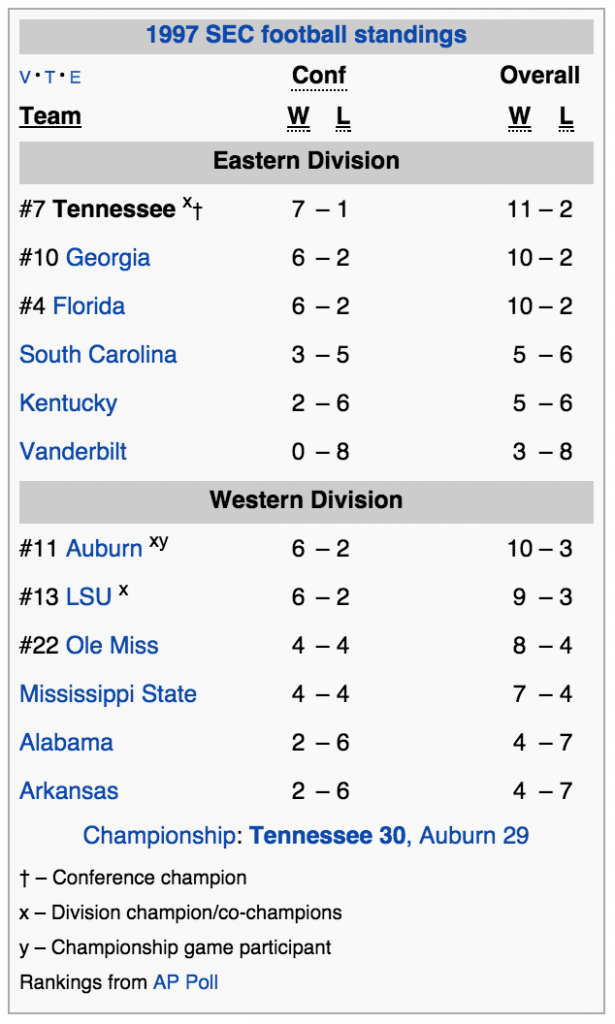 The following members of the team went on to play in the NFL: