The 1994 Tennessee Volunteers football team represented the University of Tennessee in the 1994 season. Phillip Fulmerwas the head coach.

Freshman Peyton Manning began the season as Tennessee’s third-string quarterback, but injuries to Todd Helton and Jerry Colquitt forced him into the lineup in a game against Mississippi State, which the Volunteers lost 24–21. In his first start the following week against Washington State, the Vols won, 10–9. They lost only more game the rest of the season, finishing 8–4 with a 45–23 victory over Virginia Tech in the Gator Bowl. 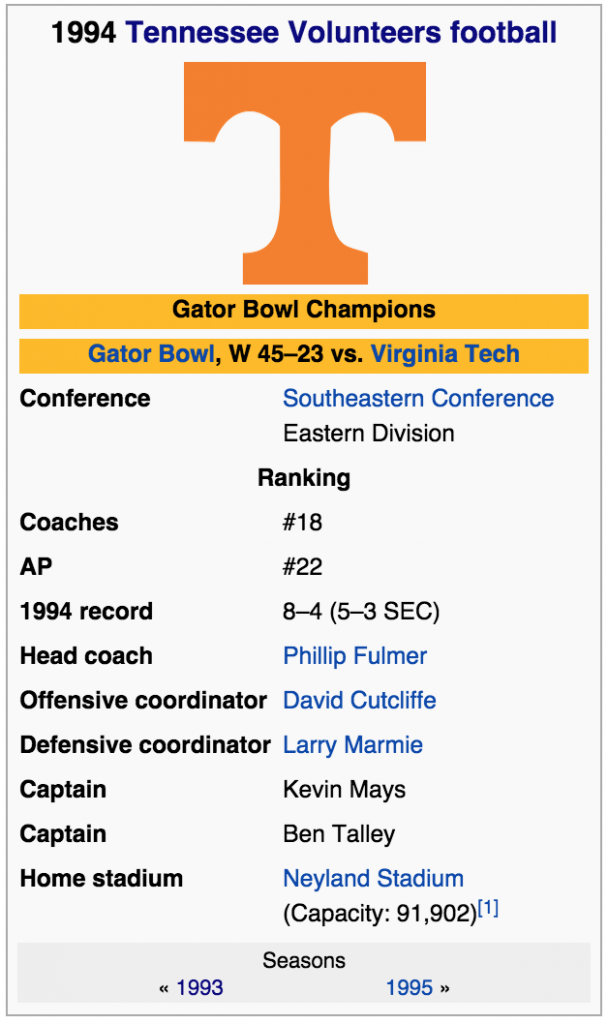 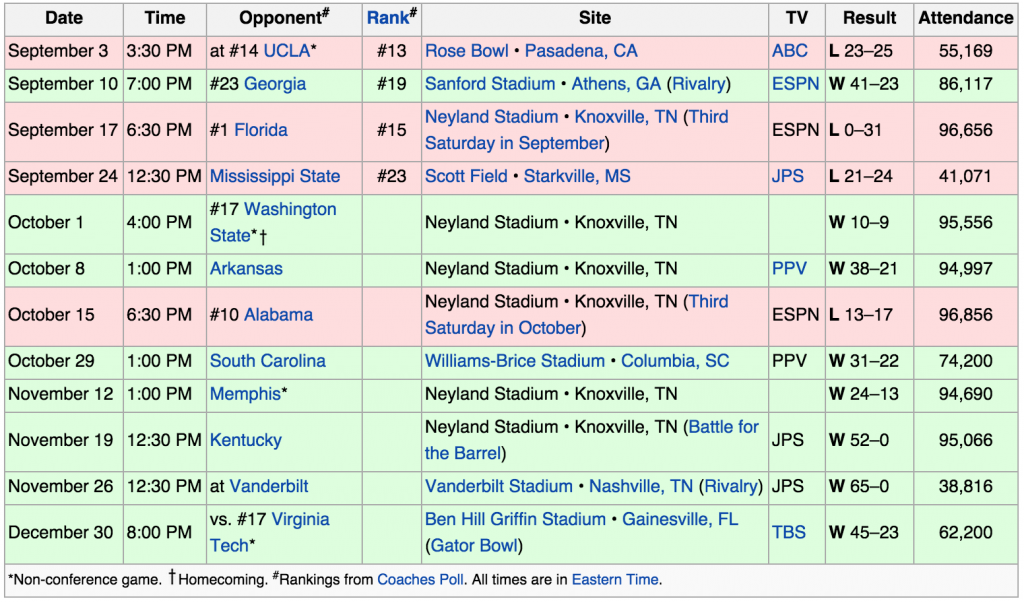 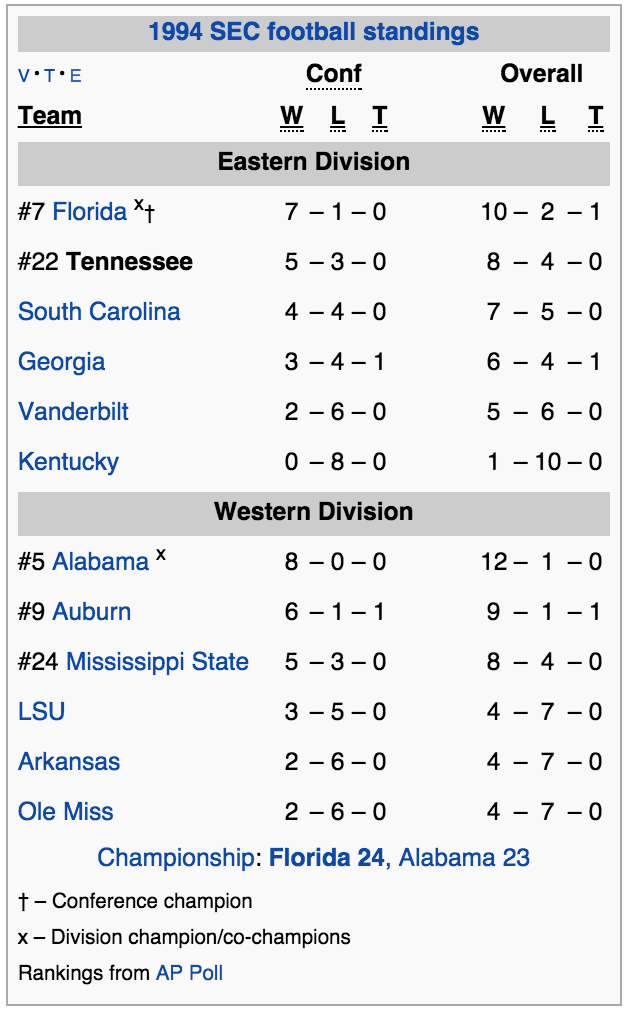