The 1990 Tennessee Volunteers football team represented the University of Tennessee in the 1990 season. Led by QB Andy Kelly Playing as a member of the Southeastern Conference (SEC), the team was led by head coach Johnny Majors, in his fourteenth year, and played their home games at Neyland Stadium in Knoxville, Tennessee. They finished the season with a record of nine wins, two losses, and two ties (9–2–2 overall, 5–1–1 in the SEC), as SEC Champions and with a victory over Virginia in the Sugar Bowl. The Volunteers offense scored 465 points while the defense allowed 220 points. 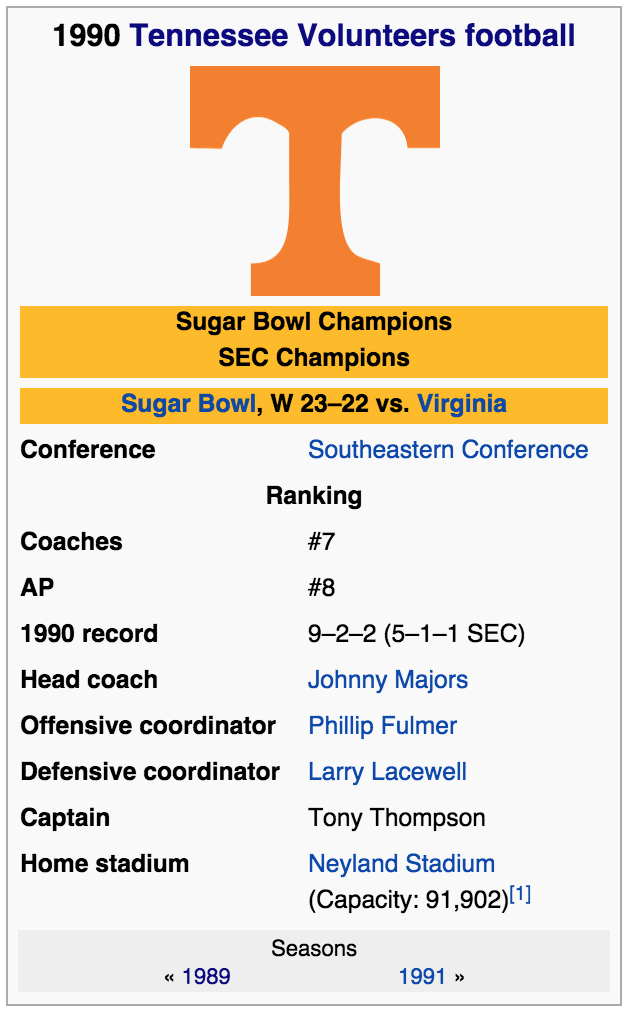 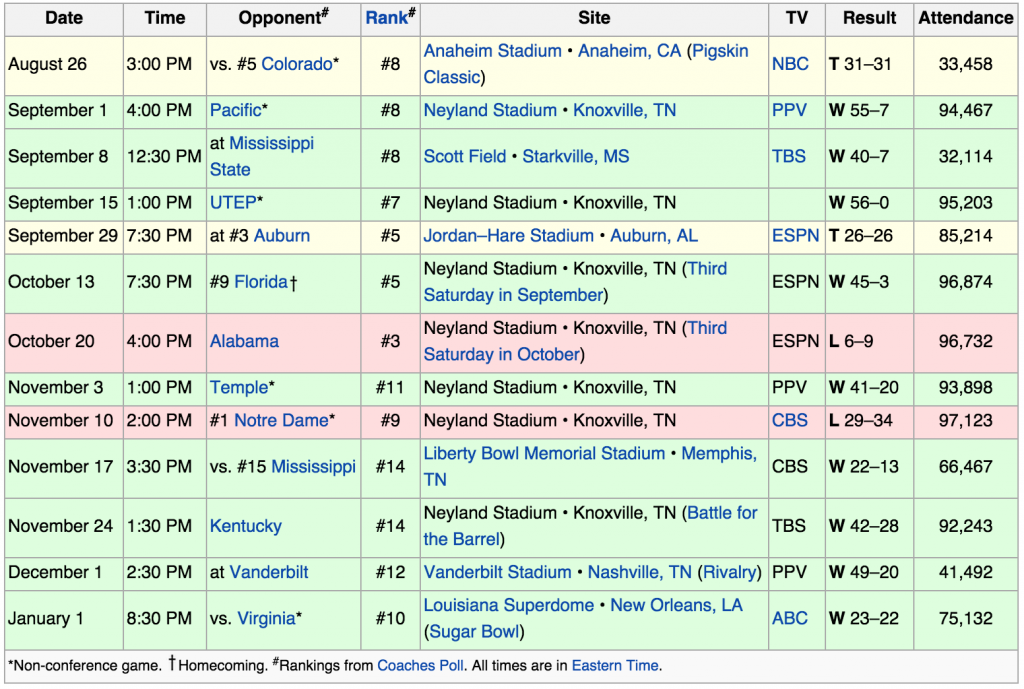 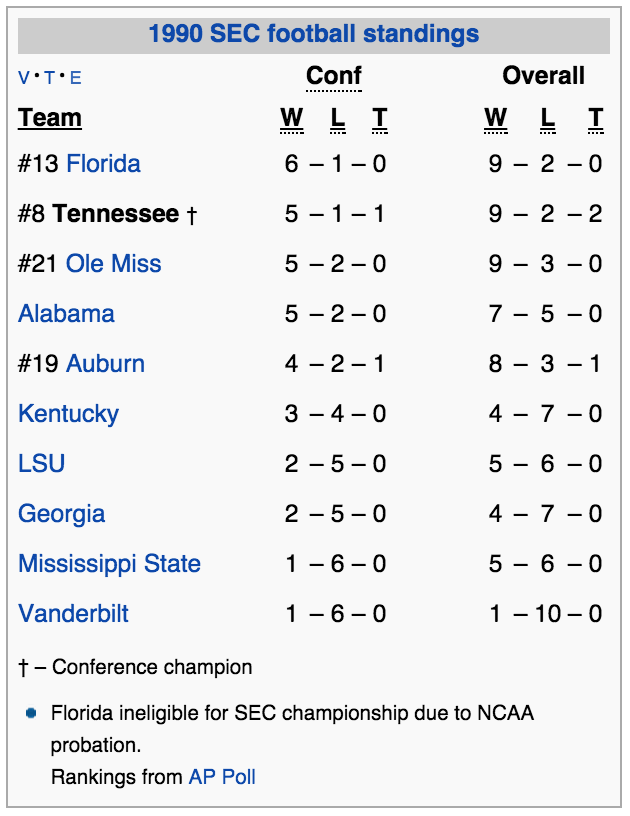