The 1969 Tennessee Volunteers football team (variously “Tennessee”, “UT” or the “Vols”) represented the University of Tennessee in the 1969 college football season. Playing as a member of the Southeastern Conference (SEC), the team was led by head coach Doug Dickey, in his sixth year, and played their home games at Neyland Stadium in Knoxville, Tennessee. They finished the season with a record of nine wins and two losses (9–2 overall, 5–1 in the SEC) and a loss against Floridain the Gator Bowl.

Florida Gators coach Ray Graves‘ final game saw his club beat the SEC champion Volunteers, 14–13, in the Gator Bowl. The game, which marked the Gator Bowl’s silver anniversary had added drama because two days before kickoff word leaked out that Volunteers head coach Doug Dickey, the SEC Coach of the Year, would return to Florida, his alma mater, after the game. 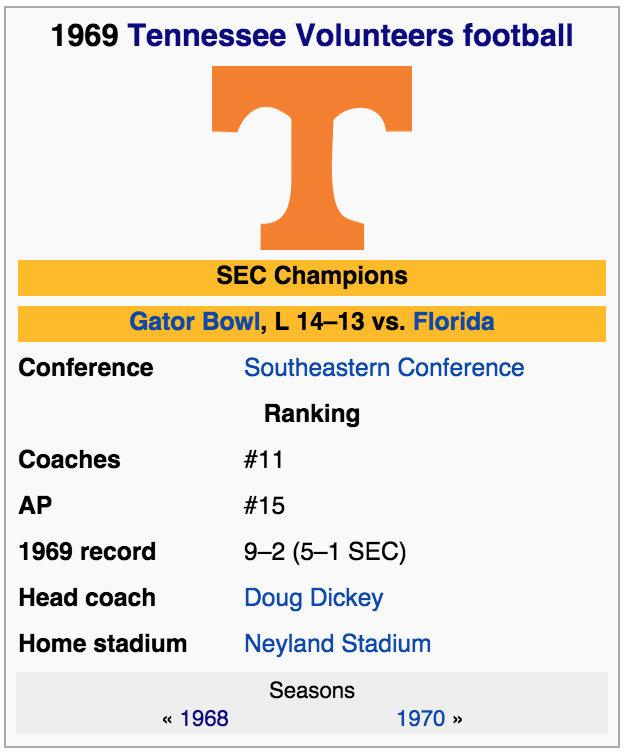 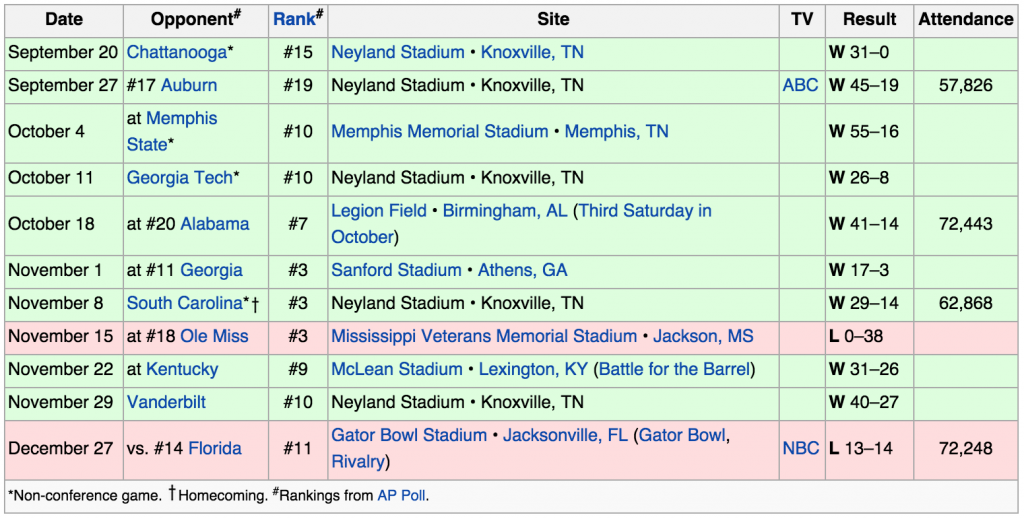 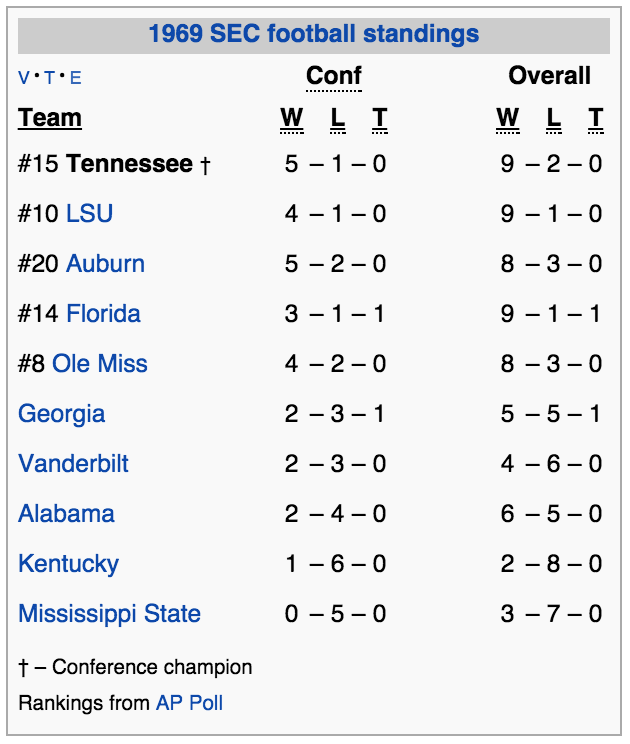