The 1956 Tennessee Volunteers football team (variously Tennessee, UT, or the Vols) represented the University of Tennessee in the 1956 college football season. Playing as a member of the Southeastern Conference (SEC), the team was led by head coach Bowden Wyatt, in his second year, and played their home games at Shields-Watkins Field in Knoxville,Tennessee. They finished the season with a record of ten wins and one loss (10–1 overall, 6–0 in the SEC), as SEC Champions an with a loss against Baylor in the Sugar Bowl. The Volunteers offense scored 275 points while the defense allowed 88 points. 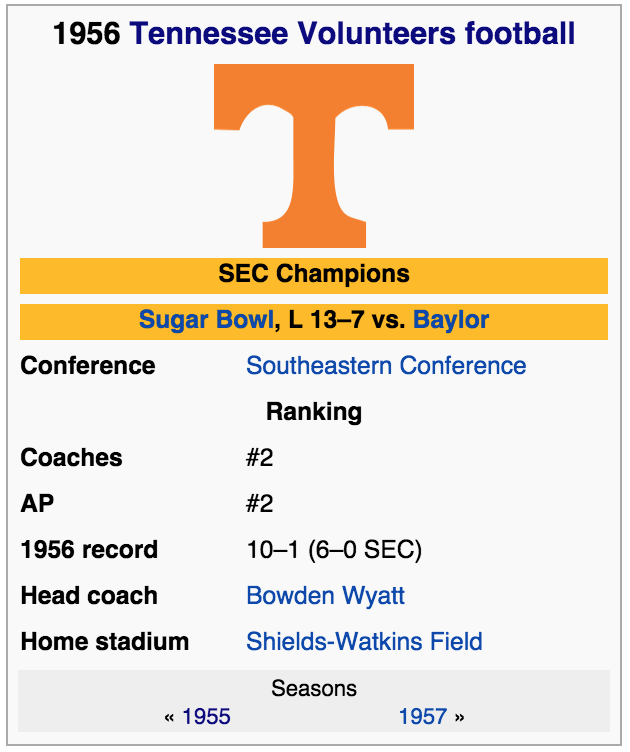 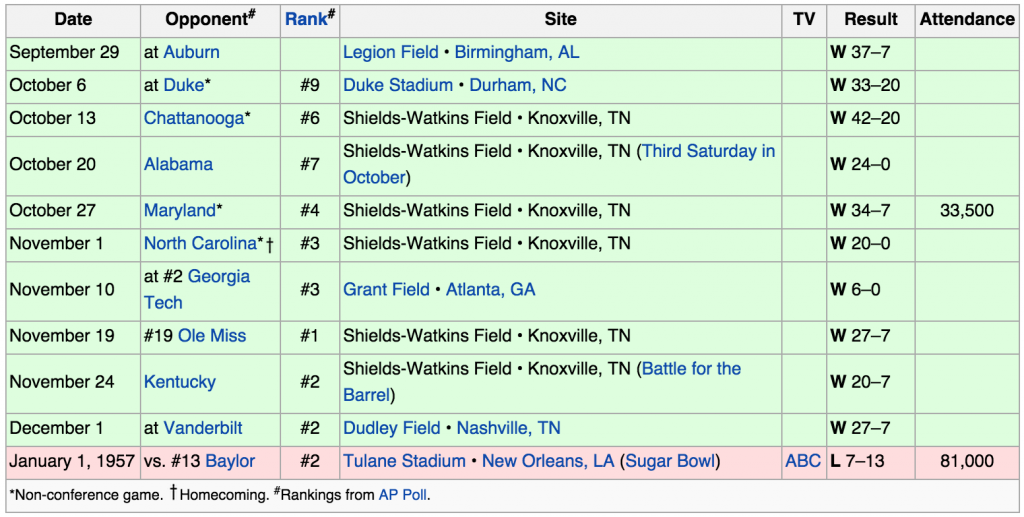 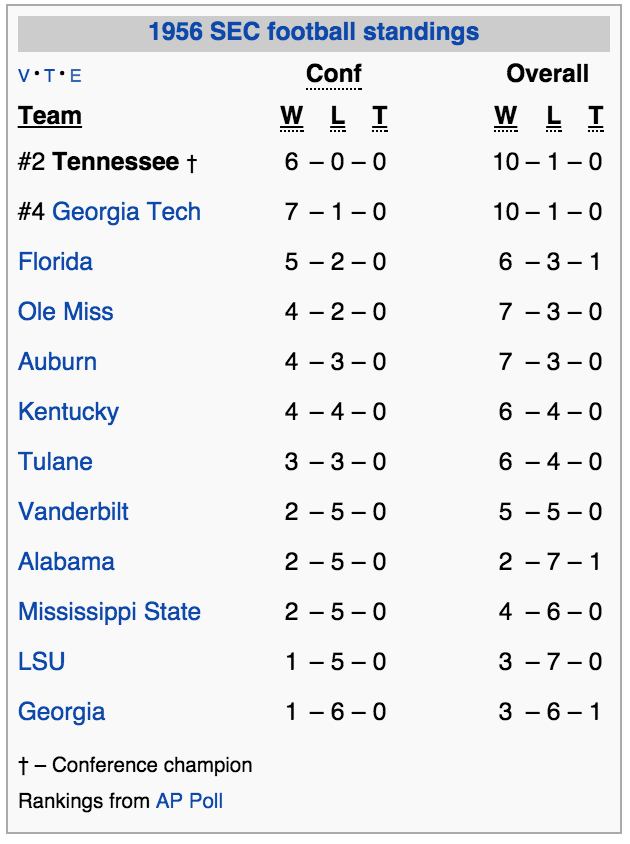