The 1952 Tennessee Volunteers (variously Tennessee, UT, or the Vols) represented the University of Tennessee in the1952 college football season. Playing as a member of the Southeastern Conference (SEC), the team was led by head coachRobert Neyland, in his 21st and final year, and played their home games at Shields-Watkins Field in Knoxville, Tennessee. They finished the season with a record of eight wins, two losses and one tie (8–2–1 overall, 5–0–1 in the SEC). They concluded the season with a loss against Texas in the 1953 Cotton Bowl Classic. 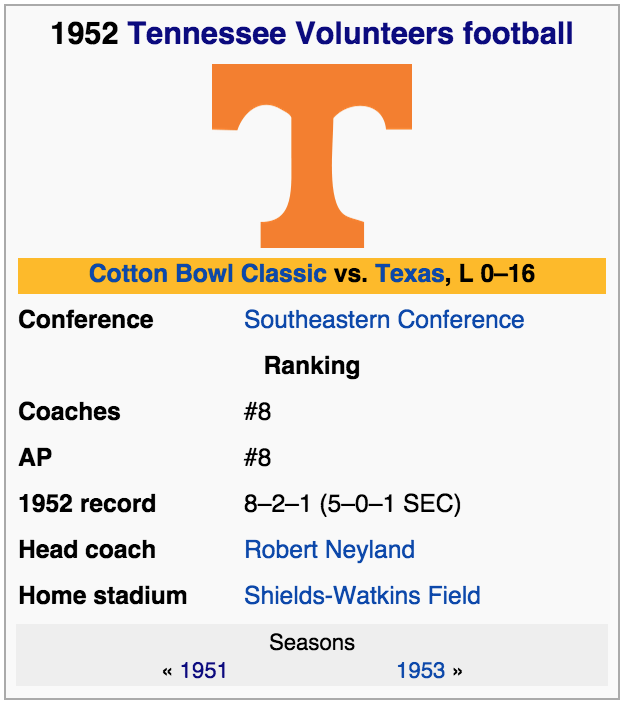 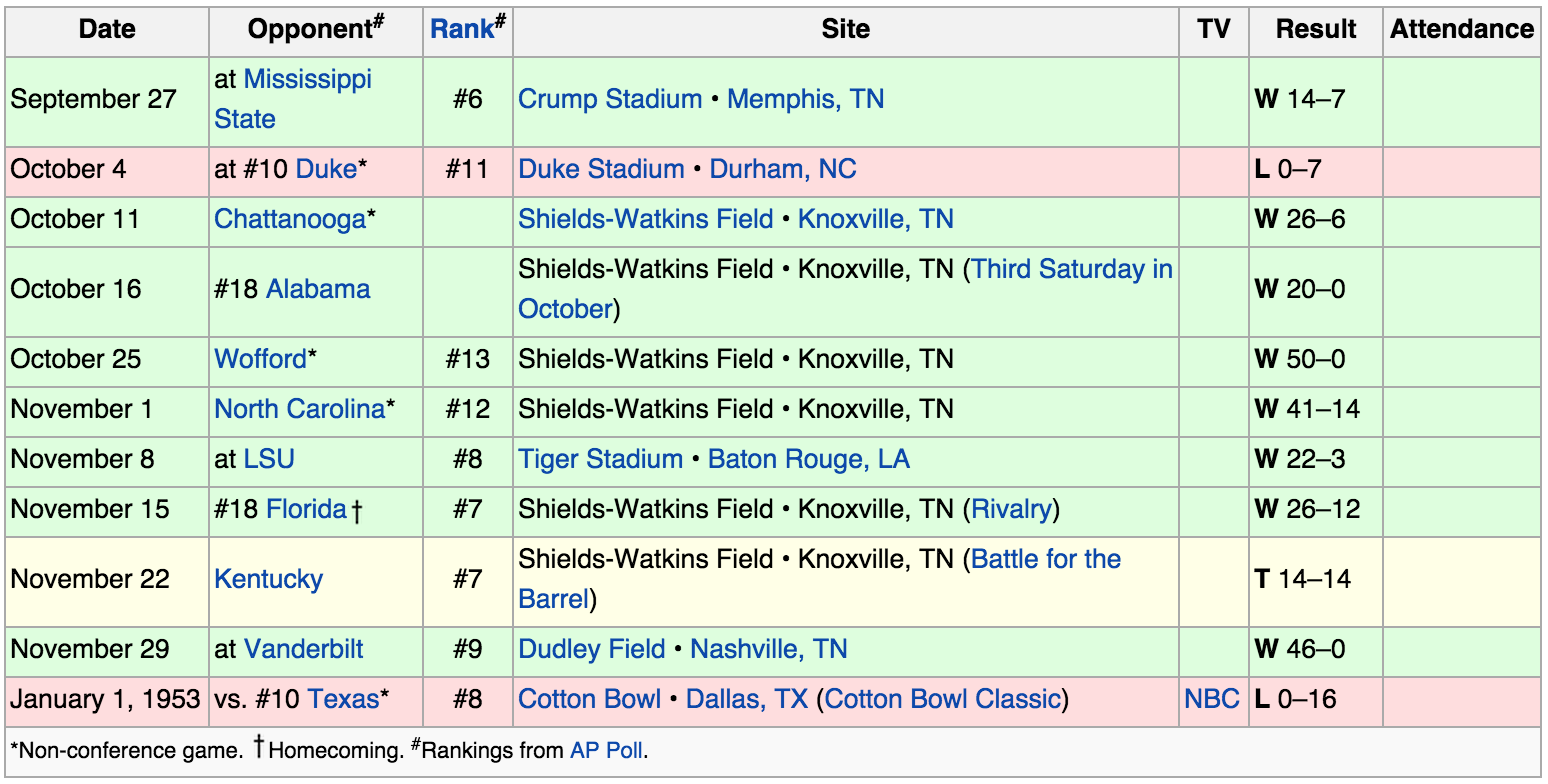 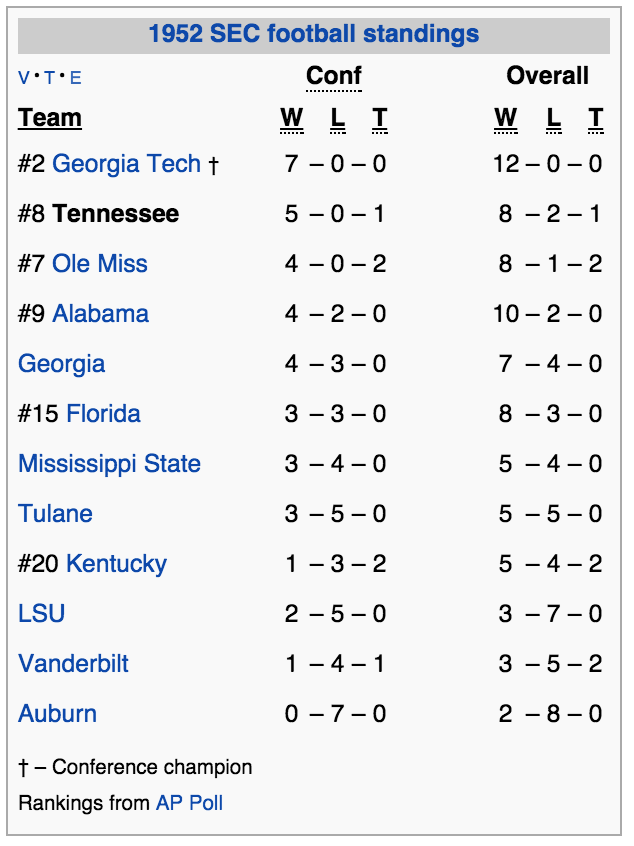