The 1951 Tennessee Volunteers football team represented the University of Tennessee in the 1951 season. In his next to last season as head coach, Robert Neyland led the Vols to their second consecutive national title and the fourth during his tenure. The 1951 title was also the first undisputed national title in school history. 1951 was also Neyland’s ninth undefeated regular season in his career. The 1950 Tennessee team had gone 11–1, winning its last nine games and capping the season off with a victory over Texas in the Cotton Bowl. In 1951, The Vols put together a 10–0 regular season and were voted national champs by the AP Poll before the bowl season began, as was the convention at the time. The game againstAlabama on the Third Saturday in October that season was the first ever nationally televised game for both teams. The Vols were a dominant team in the regular season, winning their first nine games by a combined score of 338 to 61 before thwarting a spirited effort by in-state rival Vanderbilt in the last game of the regular season, 35–27.

The 1951 Tennessee Volunteers featured Hank Lauricella, that season’s Heisman Trophy runner up, and Doug Atkins, a future member of both the College Football Hall of Fame and the Pro Football Hall of Fame. James Haslam Jr., a future business and civic leader in Knoxville, was a captain on the 1952 team, and a prominent member of the 1951 squad. The team featured six all-conference players: Lauricella, Atkins, Ted Daffer, John Michaels, Bill Pearman, and Bert Rechichar. Laricella, Daffer, and Pearman were also named All-Americans following the year. 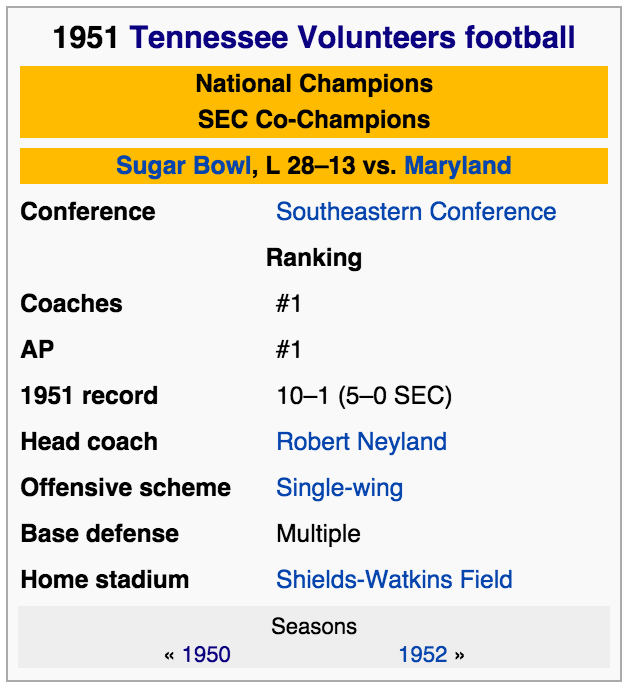 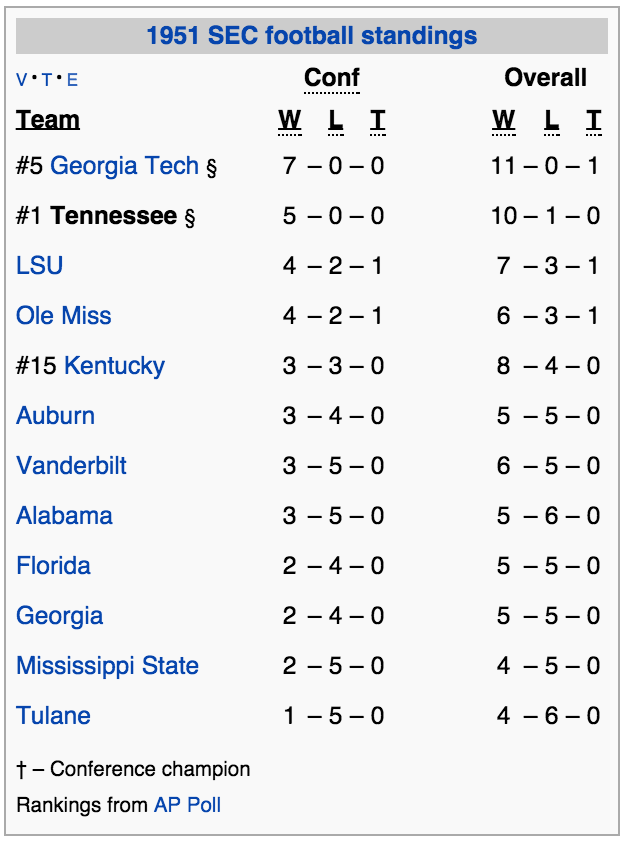