The 1950 Tennessee Volunteers football team represented the University of Tennessee in the 1950 season. Led by head coach Robert Neyland, the Volunteers lost only one game, a 7–0 upset at Mississippi State in the second game of the season. The Vols handed #3 Kentucky, coached by Bear Bryant, its only loss and defeated #2 Texas in the Cotton Bowl Classic en route to an 11–1 record.

The 1950 Tennessee team featured Hank Lauricella, the following season’s Heisman Trophy runner-up, and Doug Atkins, a future member of both the College Football Hall of Fame and the Pro Football Hall of Fame. In addition, guard Ted Daffer and tackle Bill “Pug” Pearman were named as All-Americans in 1950. 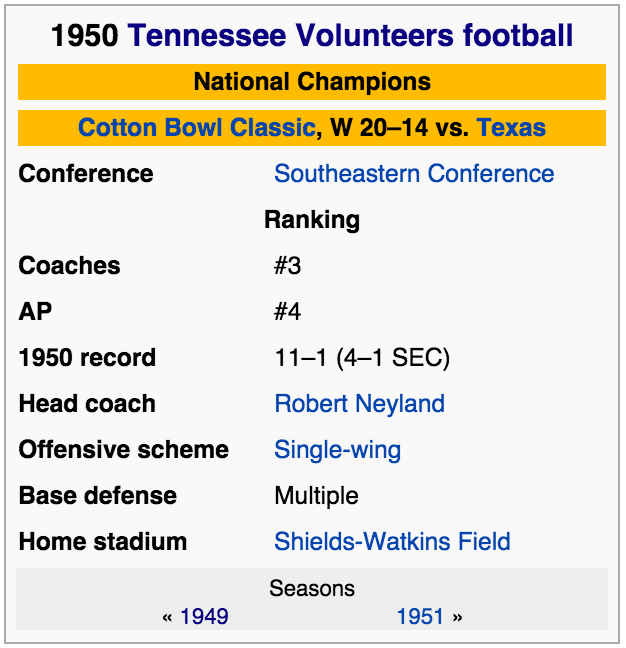 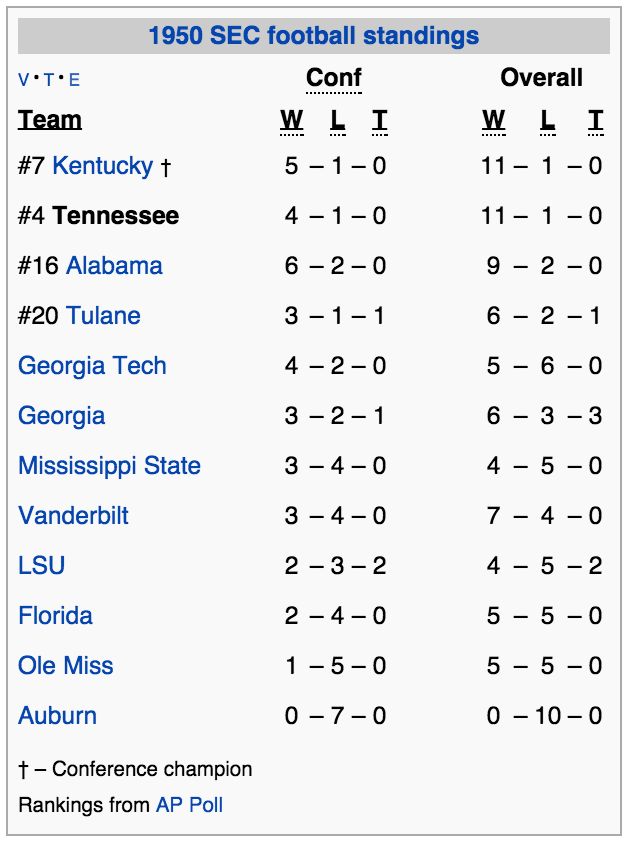