The University of Tennessee Athletic Council officially suspended varsity football in 1943 because the majority of the players were called into military service in World War II. (This was the third time that UT had its varsity football team suspended due to military service; the others were in 1898 due to the Spanish-American War and 1917-18 due to World War I.) This team had 4 players drafted into the NFL. End Frank Hubbell played until 1949, as did HB Bob Cifers. QB Jim Gaffney played two seasons for the Washington Redskins. 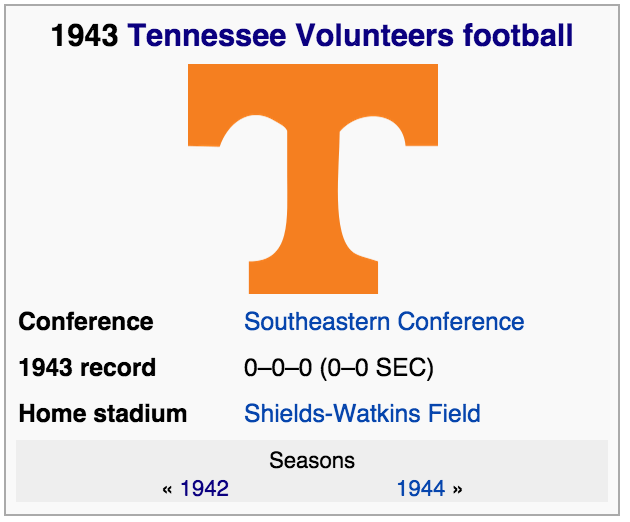 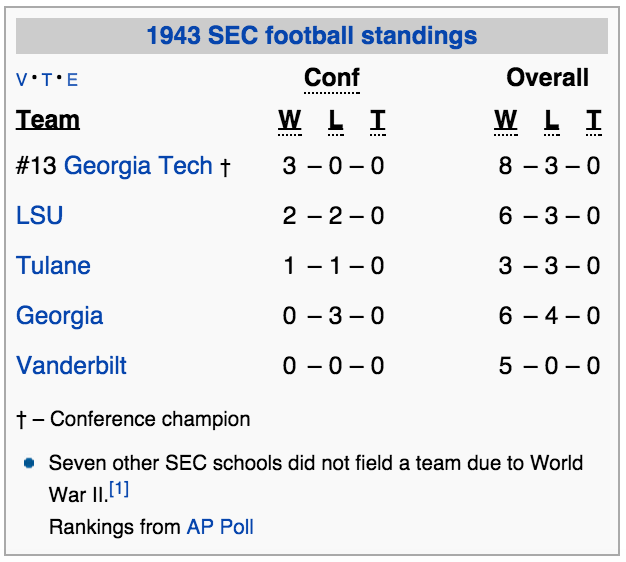