In 1938, The Vols went 10–0 in the regular season and then shut out fellow unbeaten Oklahoma in the Orange Bowl, 17–0, snapping the Sooners’ 14-game win streak and beginning a long winning streak for Neyland. Tennessee was selected by a majority of polls and selectors as the national champions with 24 crowning the Vols. Heisman Trophy winner Davey O’Brienand his undefeated TCU Horned Frogs were second with 14.

The Vols featured three All American performers. Bob Suffridge was an All American at guard, while Bowden Wyatt earned his spot on the team as an end. George Cafego carried the ball as a tailback. 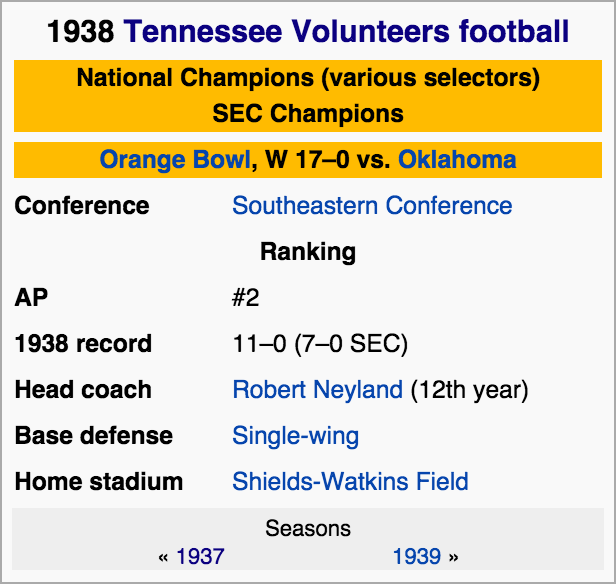 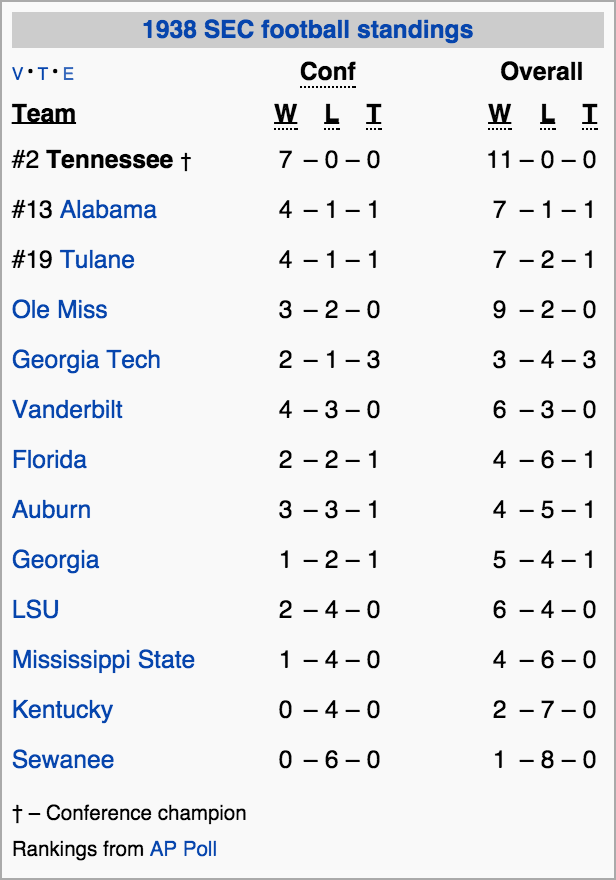