The 1933 Tennessee Volunteers football team represented the University of Tennessee in the 1933 college football season. Robert Neyland served his eighth year as head coach of the Volunteers. This was the first year that the Vols played in the newly formed Southeastern Conference.

On October 21, 1933, Tennessee suffered a 12–6 defeat at Shields-Watkins Field to Alabama, snapping a 55-game winning streak at home that dated back to a win over Emory & Henry on October 3, 1925. This was also Tennessee’s first homecoming loss. A week earlier, the Volunteers lost to Duke in Durham, North Carolina, 10–2. It was Tennessee’s first defeat since a loss on October 18, 1930 to Alabama. Between those two losses, Tennessee compiled a record of 26–0–2. 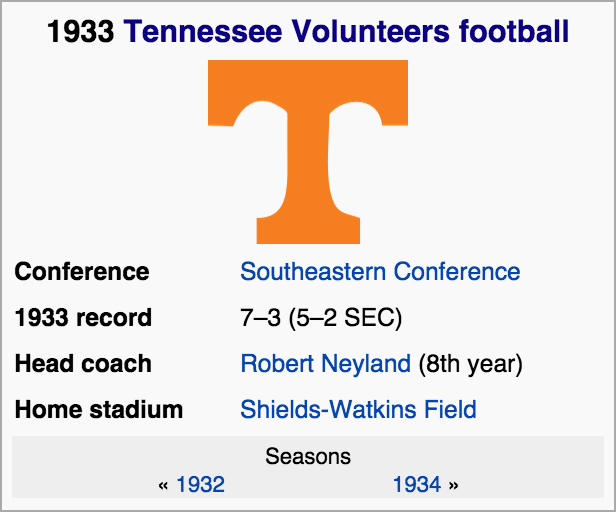 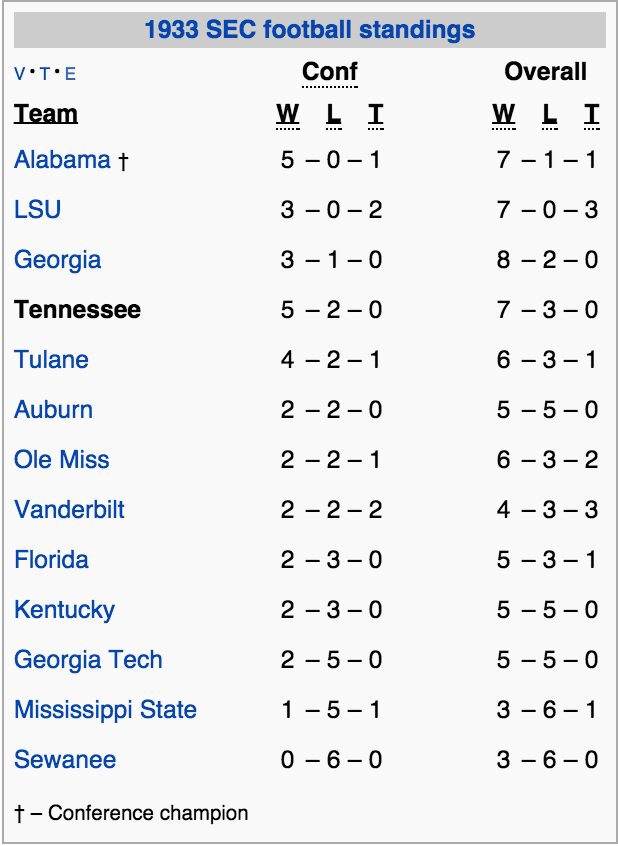