The 1932 Tennessee Volunteers football team (variously “Tennessee”, “UT” or the “Vols”) represented the University of Tennessee in the 1932 college football season. Playing as a member of the Southern Conference (SoCon), the team was led by head coach Robert Neyland, in his seventh year, and played their home games at Shields-Watkins Field in Knoxville,Tennessee. The 1932 Vols won nine, lost zero and tied one game (9–0–1 overall, 7–0–1 in the SoCon) and were Southern Conference champions. It was their last year in the conference before moving to the newly formed Southeastern Conference. 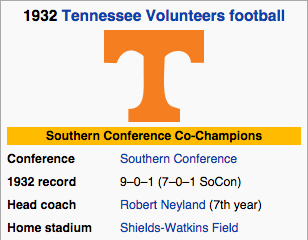 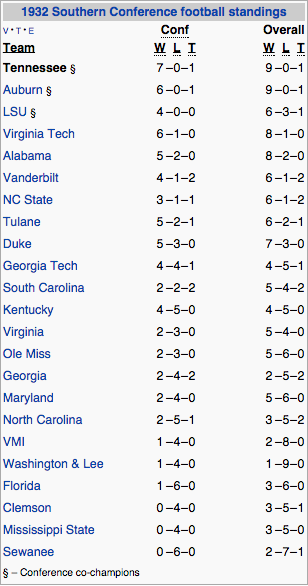