The 1925 Tennessee Volunteers football team (variously “Tennessee”, “UT” or the “Vols”) represented the University of Tennessee in the 1925 college football season. Playing as a member of the Southern Conference (SoCon), the team was led by head coach M. B. Banks, in his fifth and final year, and played their home games at Shields-Watkins Field in Knoxville,Tennessee. The 1925 Vols won five, lost two and tied one game(5–2–1 overall, 2–2–1 in the SoCon). The Volunteers outscored their opponents 129 to 73 and posted four shutouts. 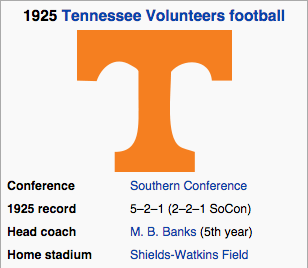 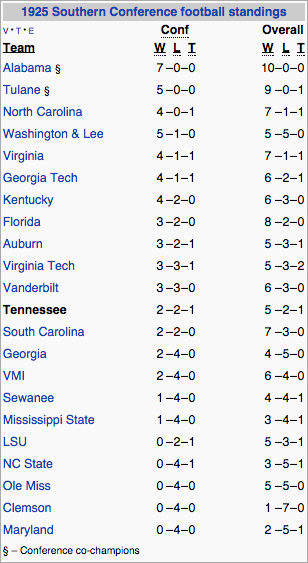