The 1914 Tennessee Volunteers football team represented the University of Tennessee in the 1914 college football season. The team won the Southern Intercollegiate Athletic Association, the first championship of any kind for the Tennessee program. Winning all nine of their games, the 1914 squad was only the second undefeated team in Tennessee history. The 1914 Vols were retroactively awarded a national championship by 1st-N-Goal, though this remains largely unrecognized. 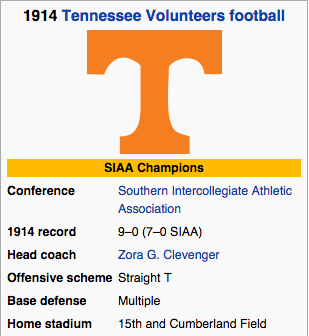 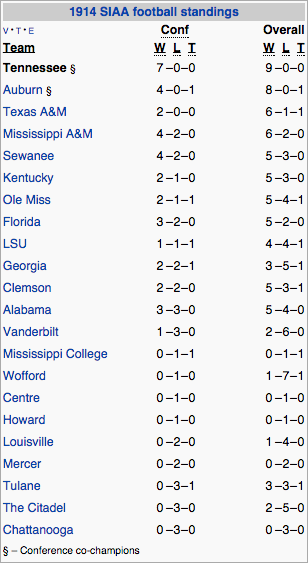