The Glory that is BIG ORANGE 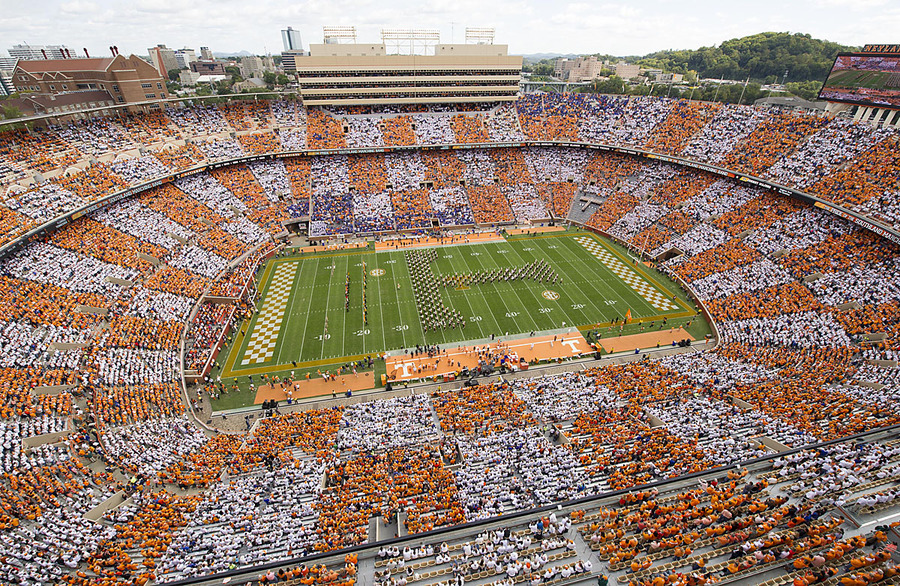 October 4th, 2014 was no ordinary Saturday in Knoxville.  Most Saturdays aren’t in the fall anyways but this one was particularly special when a student began a movement that swept across Tennessee Volunteer Nation. Checker Neyland was born as student Spencer Barnett tweeted a picture of a photoshoped Neyland Stadium with a orange and white checkerboard look.  Similar to the Maroon and White lines during Tennessee’s game against Oklahoma, the checker Neyland stadium quickly went viral.  Web developers Tim McLeod and Jonathon Briehl launched www.checkerneyland.com and the movement began!

Vols fans skeptical that everyone would show up and checker Neyland, walking down the strip and towards the stadium, I quickly looked at my wife and said “I see a LOT of white”.  As the stadium filled and the clock inched towards kickoff, it was obvious.

This was probably one of the greatest scenes I have experienced my entire life, practically bringing me to tears for my beloved Vols and the #1 football venue in the country. This is a testament to the drive and support Butch Jones and the Vols have from their fans, that despite a loss to Florida, we still made a statement all over the country by assembling 103,000 fans in a checkered pattern.

My only hope is that this stays a movement and fans continue to checker Neyland propelling the Vols to a successful season and hopefully another National Championship. 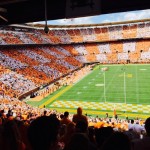 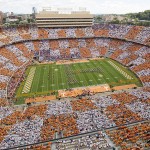 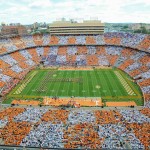 « Decade of Dominance The Return of the Weasel »