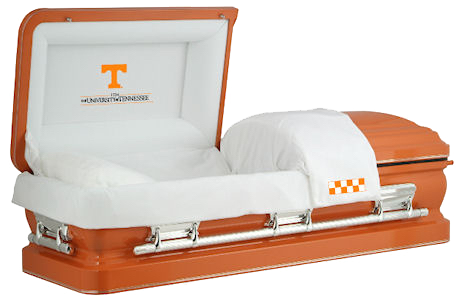 I guess it is time to face the inevitable and bury the Tennessee Football program all together.  With the 11th loss to Florida propelling the rivalry to a laughable punch line by Gator Fans, Tennessee repeated history from last year losing in the swamp by a single point. Vol fans already upset about the loss to Oklahoma and the manner in which we lost had their hopes crushed believing this was the year that we ended the decade long losing streak to Florida. Predictions that the Vols would be a 3-5 loss team this year by analysts, the Florida game pointed us in the direction of a 5 loss year at minimum. Tennessee have had no offensive plans against worthy opponents and used trick plays and the legs of Josh Dobbs to be most of the Vols offense throughout the game.  Jalen Hurd did have one good run for a touchdown late in the game but the offense was inept at best. 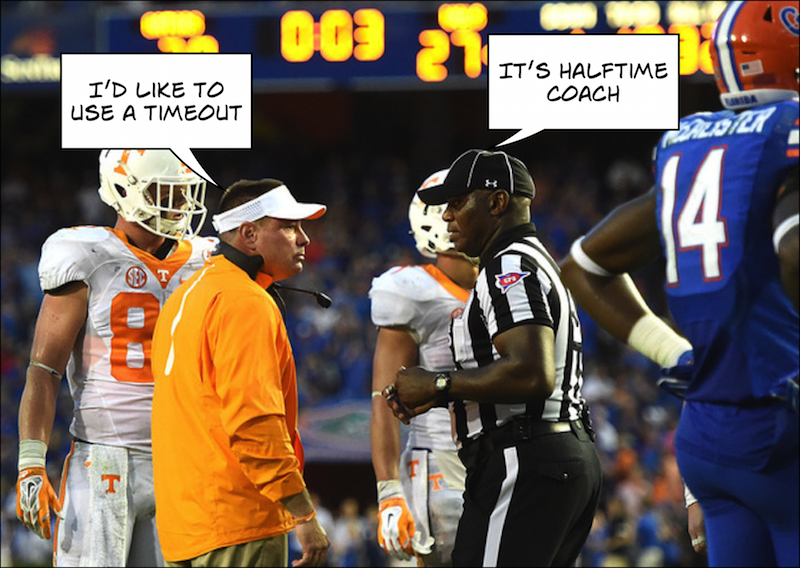 So what has Butch brought to Tennessee that would propel him to a better status than Derek Dooley who was run out of Knoxville after 3 seasons? This is Butch’s 3rd season and it doesn’t look much different than what we had with Dooley. Butch has brought in 2 top 5 recruiting classing in 2014 and 2015 but without an offensive gameplan and a defense that folds midway through the 3rd quarter, does recruiting classes even matter?

Cue the funeral music and say goodbye to the Tennessee Volunteers program! A once proud program that were always a contender in the SEC and frequently ranked in the top ten teams in the nation that has fallen down and can’t get up. Athletic Director Dave Hart can quickly bury the Football program and put focus on Basketball, Baseball, and maybe even collegiate swimming instead. Can you imagine the powerhouse Tennessee swimming would be with a little more support?

Let’s set up a return center at West Town Mall in Knoxville so former football fans can return their merchandise to be recycled for Tennessee’s push into other athletic teams. Neyland Stadium can be used as a site for a much needed multi-level parking garage for students, faculty, and staff. The City of Knoxville can now breath easy knowing fall Saturdays will be much calmer and more can get done around the house.

I mean really! The people of East Tennessee and Alumni of the University of Tennessee don’t need football anymore. It’s a dying sport in america anyway. Just look at ESPN and all the Futbol (soccer) updates, games, and promotions. Maybe soccer is the way to go at Tennessee. Maybe we can get atop the SEC and National rankings in Futbol.

We could all take a collective deep breath and realize that this year may not be a year we surprise anyone. Nor would I want it to be.  I don’t want surprise any team in the SEC, I want to crush them! I want teams to fear coming to Neyland again as well as (even though they all do already) despise the hearing of “Rocky Top”. In order for this to become reality, myself, as well as the total Volunteer fanbase, has to get a grip on reality and ditch the win now or leave attitude.  There is only and handful of coaches able to rebuild a program and make it a force to be recogened with. Nick Saban and his success at both LSU and Alabama is an example of this. A coach who can spin gold from worn out carpet found in a dumpster. These are a dime a dozen, yet fans have watched other success in the SEC come quick like Urban Meyer in Florida. Meyer, in my opinion, is nothing better than an ambulance chancer. He finds the right circumstances and takes it to the next level. When rebuilding comes, he ran.

Steve Spurrier has been at South Carolina since 2005.  That’s 10 years if you are too angry at the moment to count. South Carolina has improved but hardly become a force in the SEC with a modest 86-47 record. Yet Spurrier stays at USC to continue to coach and further the program. Dabo Swinney being a head coach at Clemson and has built the program to be a strong opponent in the ACC. His record is 64-26 through the 2014 season and yet he stays.

However, other teams in the SEC and around the country are caught up in a “hire now and win immediately” track meet that usually ends one of two ways… You hit it big or you fall on your face. Being in that race is in no one’s best interest, including Tennessee. We have to step on the brakes and realize that the right change takes time.

On the heels of another heartbreaking loss in the swamp and indigestion still looming in my chest, I still believe in Butch Jones and his ability to build a program. As long as I see improvements, I will be patient. The obvious problems we see now like the ineptitude of any offense tells me that Butch may not have the right offensive coordinator in Mike DeBord. We have a quarterback who can make big plays, perhaps needs work on his reads, but a playmaker none the less. We have a bevy of receivers who can make plays and 2 runningbacks who can plow through any defense. Yet DeBord hasn’t found the chemistry with any of these talents.

Oklahoma showed us we didn’t have a passing game. Now Florida has shown us we don’t have much of an offensive line or defensive line. We used trick plays and put the health of our star quarterback at risk in order to just stay in the Florida game.

Does Dobbs have to get hurt and taken out of a game before Butch Jones realizes he’s got the right chemistry in his players, just not in his coaching staff.

Get it together and get it together soon Butch! Otherwise we may have to go back to the “Bitch Please” and send you packing and lumping you into the same conversation as The Weasel and Derek Dooley.