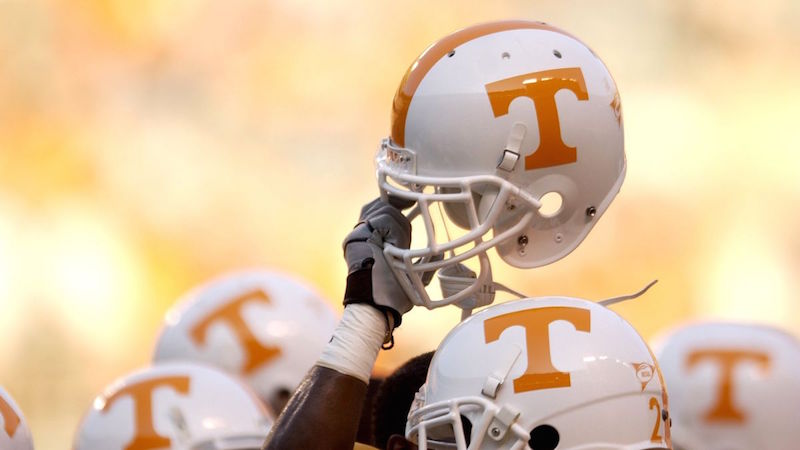 But what exactly constitutes a “rivalry”? Would be the length of time teams have faced one another? Would it be the proximity of both schools? Would it be simply being in the same conference? Would it be the win to loss ratio? or is it a combination of all of the above?

If you look at the time that a team has played one another, our main rival would be against the Kentucky Wildcats who we have played since 1893 leading the series 77-24-9. In second place would be the University of Georgia which Tennessee began playing in 1899. Tennessee is ahead in the series against Georgia with a 22-21-2 in the series. In 1901, the Alabama Crimson Tide entered into the mix with Tennessee and the SEC. Alabama has mostly dominated this series with a 51-38-7 with the biggest winning stretch in the 1970’s, winning 11 straight games under Paul “Bear” Bryant. In 1916, the Florida Gators began playing Tennessee with the Vols dominating the early part of the series but it hasn’t been until the past decade that Tennessee started faltering in the series with Florida gaining steam under head coach Steve Spurrier and continuing the success with Urban Meyer and keeping Tennessee in the loss column for the past 11 years and having a 26-19 winning record overall against the Vols.

If you are talking distance, you would also look north towards the University of Kentucky who is only 172 miles from Knoxville, second in that race would be the University of Georgia which comes in around 235 miles from Knoxville, Alabama would be in 3rd place with the distance of 314 miles in drive time to the south, and Florida ranked at the bottom with 549 miles between the two schools. With Tennessee dominating the Kentucky rivalry, the distance seems to be irrelevant looking to the southern “big 3”. The “Big 3” has been the litmus test for any Tennessee coach going back to Johnny Majors. A coach who can’t get any of the big 3 won’t last long with the Vols. 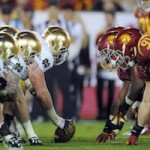 If conference really mattered, then you wouldn’t have such rivalry games like Georgia vs Georgia Tech, the time honored tradition Army vs Navy, the Palmetto battle every year between in-state rivals of Clemson and South Carolina, the sunshine state’s Florida vs Florida State, Michigan and the “no conference” jerks of Notre Lame (Join a conference! but that’s a whole other topic), the “Backyard Brawl” between Pittsburgh and West Virginia, and the always entertaining Notre Lame vs USC. All these are huge rivalry games that have no conference bearing what so ever. When you belong to a powerhouse conference like the SEC, almost every game feels like a rivalry game so I would probably disagree if you told me conference play mattered. However, Tennessee doesn’t hold any team outside of the SEC to the “rivalry” title. In fact, in-state and SEC conference Vanderbilt isn’t even considered a rival to Tennessee despite a couple good years and wins by Vandy.

Without a doubt, in the world of the SEC, rivalry is defined by the years that have been played and the win to loss ratio in those games. Alabama and Florida hold more distain to Tennessee fans than any other team on the planet. While both rivals have been dominating in the past decade, Tennessee is due to gain some steam and renew the lopsided rivalry with both schools.

How do we get there? Well, with Alabama, we have to just hope that Nick Saban isn’t going to hang around Tuscaloosa too long. I’ll give him credit, he is probably the best college head coach on the planet and we can only hope on Lady Luck to edge us past Saban and the Tide. All of us would like to see him stay until Tennessee can hand him and The Weasel a loss but the probability is slim. Florida is a rival that defies logic. Despite coaching changes and off the field issues, Florida still holds some voodoo against Tennessee taking us to an 11 year drought in the series.

This year, in watching what Butch Jones is doing with Tennessee, you can see we are only a year or 2 away from ending Florida’s streak and maybe even take control of that rivalry. Alabama is a different story. Can we beat them? sure! Can we beat them consistently? Not while Saban is their head coach.

Even as I watch today’s game and see Tennessee hanging tough with Alabama, I still feel this is the biggest rivalry for Tennessee. One that runs deep in Knoxville and Big Orange Nation and one that matters the most. 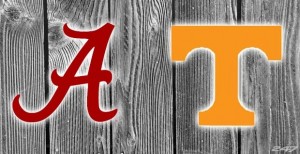 As a side note, I’d like to just mention how much I despise CBS as a sports channel….. 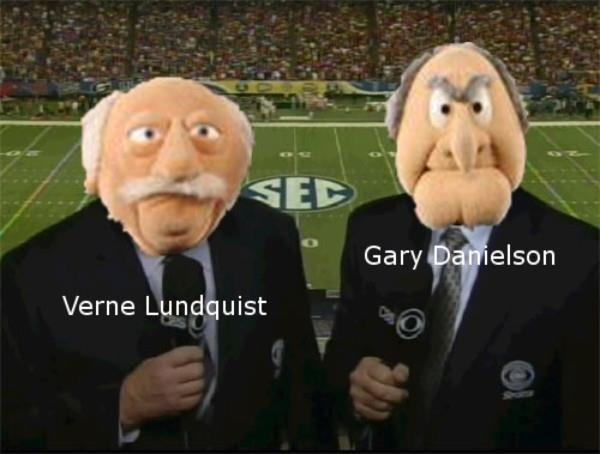