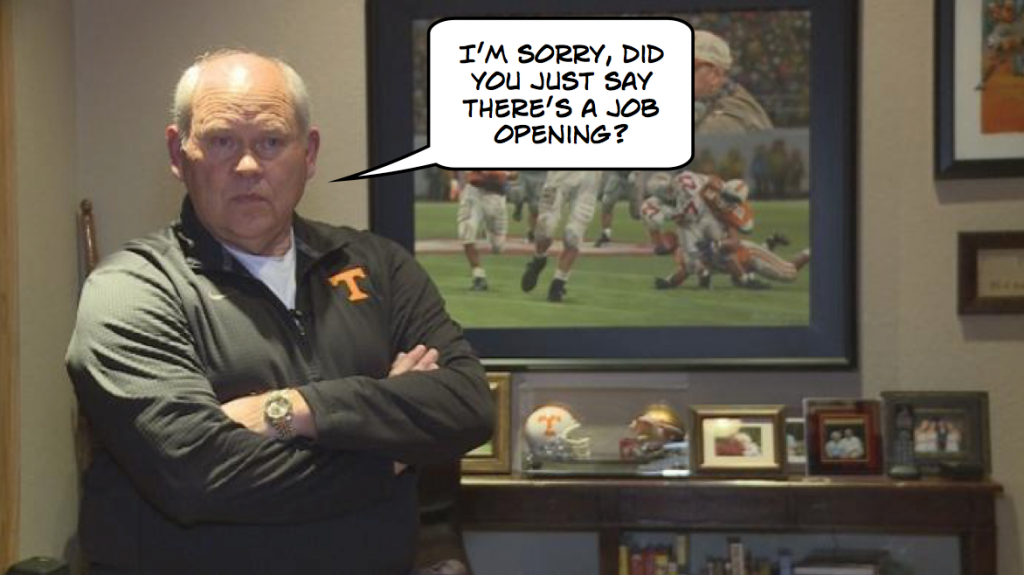 Return of the Fulmer?

Today Athletic Director Dave Hart announced his retirement in 2017 which is leaving Vol fans a bit puzzled as to the short stay at Tennessee for Hart and what this could possibly mean for the athletic programs moving forward. Dave Hart had a lot of hurdles to jump when coming to Tennessee to begin to right the ship out of the troubled waters left behind by Mike Hamilton. First on Hart’s agenda was handling what was described as a mess of a financial situation for the Athletic Department. Now I’m no athletic money manager but if you don’t have the funds to bring in top people, what does that leave you with? The Weasel and Doobey!!

I also admit to not really following other sports at Tennessee other than football, hence the name of my website! 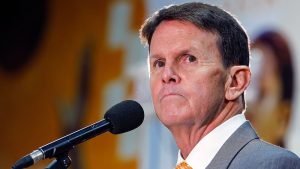 Hart made a great hire in Butch Jones who is quickly bringing Tennessee back into the national discussion as we are picked this year to win the SEC east and improve on a 9-4 record with a third straight bowl game or possibly SEC championship. Clearly Butch is not done with his bricks and the departure of Hart could work out to Tennessee’s benefit or cause more chaos if the new AD and CBJ are not on the same page with the program.

At least his departure will be after the football season and by then we should have a good idea whether Butch Jones will continue to propel this team forward in the SEC and nationally. This obviously would make any new AD not want to try and fix something that clearly isn’t broken but every AD is not the same.

If you’re looking for a good plot twist or page turner, then consider the fact that Phillip Fulmer, with a minor dabble into television, has never heavily pursued a coaching job in college football although stating several times that he was on the market. Clearly as the years have passed Vol fans have eaten plenty of crow that had called for Fulmer’s head (I being guilty as well) in 2008. Now that sentiment has mellowed a bit with time and even disappeared in some people’s mind. 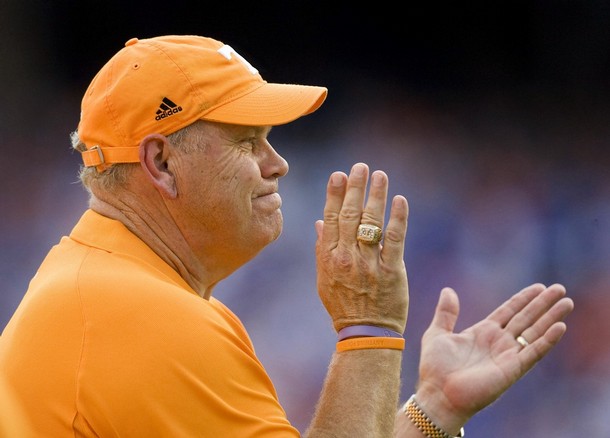 Could Phillip Fulmer be Tennessee’s next AD?

Fulmer would be a good choice to replace Dave Hart as familiar he is with his Alma Mater as he would likely not tinker with Butch Jones and the football program, letting Butch be Butch! It is easy to say he’s like a bad penny that keeps showing up but if that penny is “heads up”, he would be worth a look at the AD position and could even offer Butch Jones some good advice (not that he needs any) about the SEC and getting to a National Championship.

Only 10 months will tell us where Tennessee is likely to head but I, for one, would welcome Fulmer back with open arms and even say “sorry” for sending him out the door.

« #checkerneyland Getting Cheeky With It! »