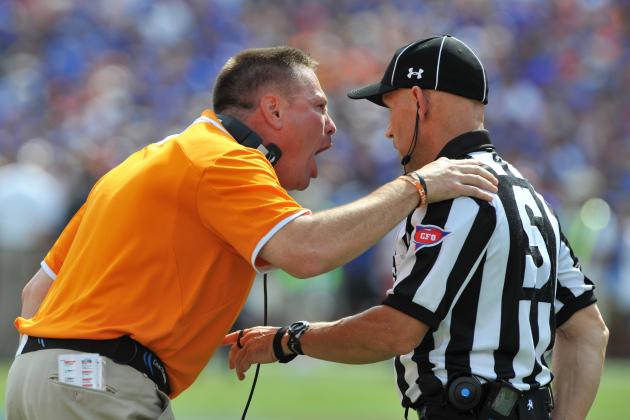 The entire football world is united behind one theme, talk as much as you can about targeting! While targeting is an issue with college football and one that remains polarizing, it has been met with mixed reviews and angry fan bases, teams, and coaches regarding the timing of the calls and the call legitimacy itself. Referees are not held accountable for bad calls on targeting because the media and NCAA gives them a pass in “the best interest of player’s health”.

This year you have seen blatant targeting calls and ejections that were very questionable on replay. Even Tennessee fell victim to that twice at the beginning of the season. You have sports commentators who will take what is simply a good tackle and talk for five minutes that it should of been targeting. This also includes tackles that have taken place below or at the waist where targeting is hardly ever called nor should be. Referees of college football have been largely unaccountable for their calls whether it significantly impacted a game’s outcome or not.

What took place in the Tennessee vs Missouri game was more egregious than any targeting or unsportsmanlike call you’ve seen. Unfortunately this happens far too often in college football and it needs to be stopped completely. Regardless of whether the player committing this offense is on your team or not there is only one solution to this problem. 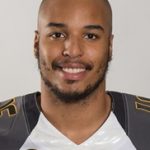 The problem is football players taking an opponent, lifting them off the ground, then slamming them to the turf. This happened to Tennessee player John Kelly by Missouri player Marcell Frazier 5 minutes into the 4th quarter as Missouri was starting to get frustrated with Tennessee’s offense. What is even more appalling is that the referees did not eject Marcell Frazier. Following the throw down, Tennessee players came to the aid of their teammate which caused another flag to be thrown resulting in “offsetting penalties” and allowed the action by Marcell Frazier to be nullified.

My opinion is, no matter what player or what team (yes even Tennessee) that an act like this should require and automatic ejection from the game and mandatory suspension from the first half of the following game with no appeal to the relative conference or NCAA. In this particular case, it would be of no surprise that John Kelly could of had his football career ended by being slammed to the ground head first. Feel free to list the numerous injuries that could have occurred:

Now understand I am not complaining about the offsetting penalties. I understand why Tennessee players came to the aid of a teammate, nor am I saying the unsportsmanlike conduct penalty on Tennessee wasn’t deserving. What I am saying is that the referee squad should have immediately ejected Marcell Frazier for his actions on the field and the potential for severe injury in his actions to John Kelly. There should be no indisputable evidence from immediate ejection and no review of such a call if this takes place on the field. The NCAA must look at this and must make this a significant penalty to all but eliminate plays of this type. It does not matter which team player commits this, they should be GONE from the game. This is further evidence of the lack of accountability of today’s college football referee squads.

I encourage everyone to contact not only the SEC Commissioner but the NCAA about this incident and the poor manner it was handled by the referee squad. The referee squad is:

Make your voice be heard!