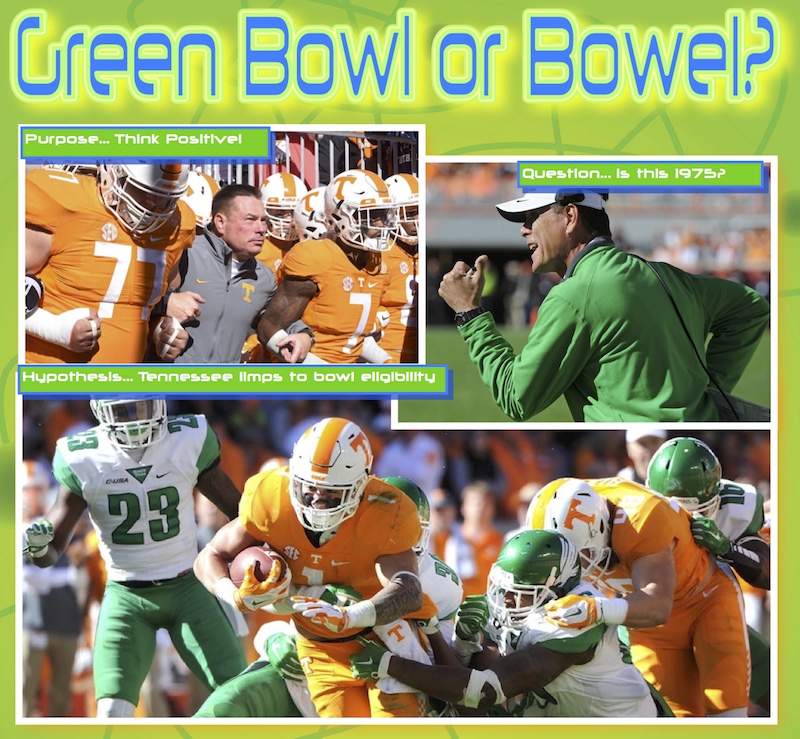 Well, as Butch Jones said “we want everything to be positive“, there is only a couple things to say positive about the Tennessee vs North Texas game #UNTvsTENN.

Ok, positive time is over!

There are a lot more questions rising and concerns as Vol fans watched this game. The point spread going into North Texas was a staggering 42 points in favor of the Volunteers. Fans expected to see an early shutout and Butch Jones use some valuable time to experiment with Quinten Dormady and possible some other offensive schemes looking ahead to Missouri and Vanderbilt.

I’m not sure which green played a better game, the Mean Green of North Texas or the green turf monster of Neyland Stadium which looked like it should of been credited for more sacks and tackles than the Tennessee defense. Tennessee jumping ahead quick has put Vol fans into a “tempered” enthusiasm all year knowing these leads slip away and result in either loss or a win by a narrow margin. With the recent example coming last week against South Carolina.

I mean North Texas has a record of 1-8 and had fired their head coach early in the season which gave weight to the 42 point spread against Tennessee. This was by far the easiest game on the rest of the Vols schedule. One would have to dig deep to find a lot of positives from this game if you’re a true Vol fan.

The Vols came out strong but quickly allowed the “slugs” to creep into the Vol’s sideline keeping them from making decisive offensive improvements and gains against North Texas. Trevor Daniels having 4 punts for 156 yards will alone leave you scratching your head…. “PUNTS?”

No receiving touchdowns by any receiver during the whole game and Josh Dobbs as QB up until the 4th quarter. Dobbs had a better than average day finishing 15/23 for 136 yards and 1 interception. Granted above average is actually ABOVE AVERAGE! Dobbs has been mostly 50% with a QB rating all year, so for him to gain above that against North Texas is no surprise. The surprise would again be that there were no scoring drives involving Tennessee’s receivers.

THIS IS NORTH TEXAS GUYS!!! NOT ALABAMA OR LSU!!! 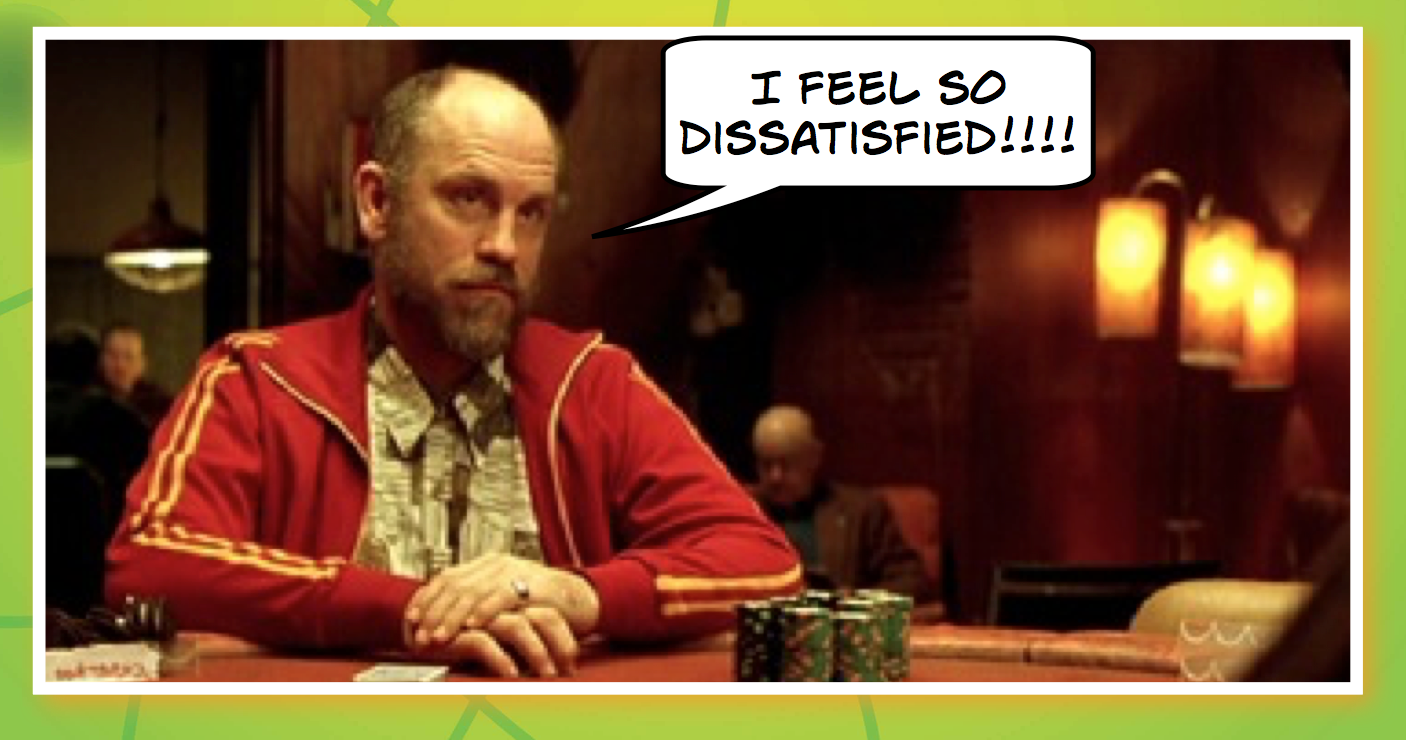 24-0 should of been the score at halftime, Dormady in for the second half getting some deserved play time for Tennessee’s future and in any unfortunate event Dobbs is injured but we saw Dormady for about 5 minutes in the 4th quarter. Tennessee did have a good running game which was expected given our opponent with Hurd and Kamara getting over 200 yards combined but Vol fans have a bad after taste in their mouth after this game. Missouri and Vanderbilt are not teams to overlook, they can beat us and will if Tennessee doesn’t get their act together and start finishing games early and keeping their foot on the gas which is something Dobbs’ admitted the team doing during the South Carolina game.  Ok, so you know you did it, and you do it again? It looks more like the foot went off the gas pedal and pulled the emergency brake by mistake.

Let’s hope CBJ and DeBORED can get their collective heads out of their ass for the next 2 weeks!!! (Oh, I’m sorry, I know that wasn’t POSITIVE!!) 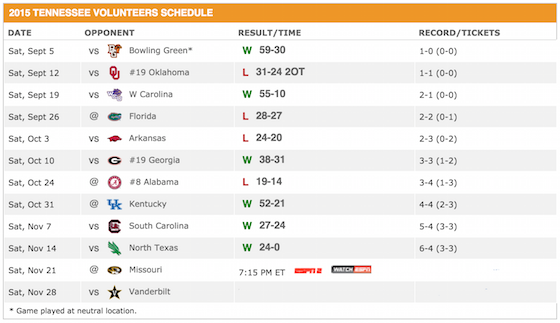 « Riddle me this? Eyes Wide Shut »