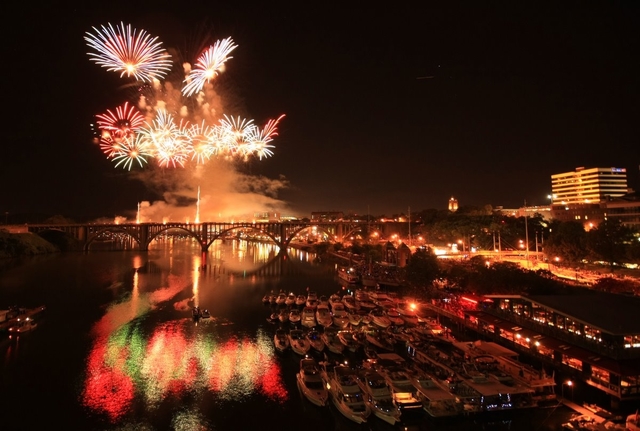 A time honored tradition for 28 years and the ceremonial opening to Tennessee Volunteer football has been a celebration called Boomsday! My first experience of Boomsday was in 1990 which was awe inspiring to see a town put on a celebration and fireworks show that can’t be compared to any else in the world. The largest fireworks display in the U.S. during Memorial Day, Boomsday brought in over 400,000 people every year to watch in amazement. 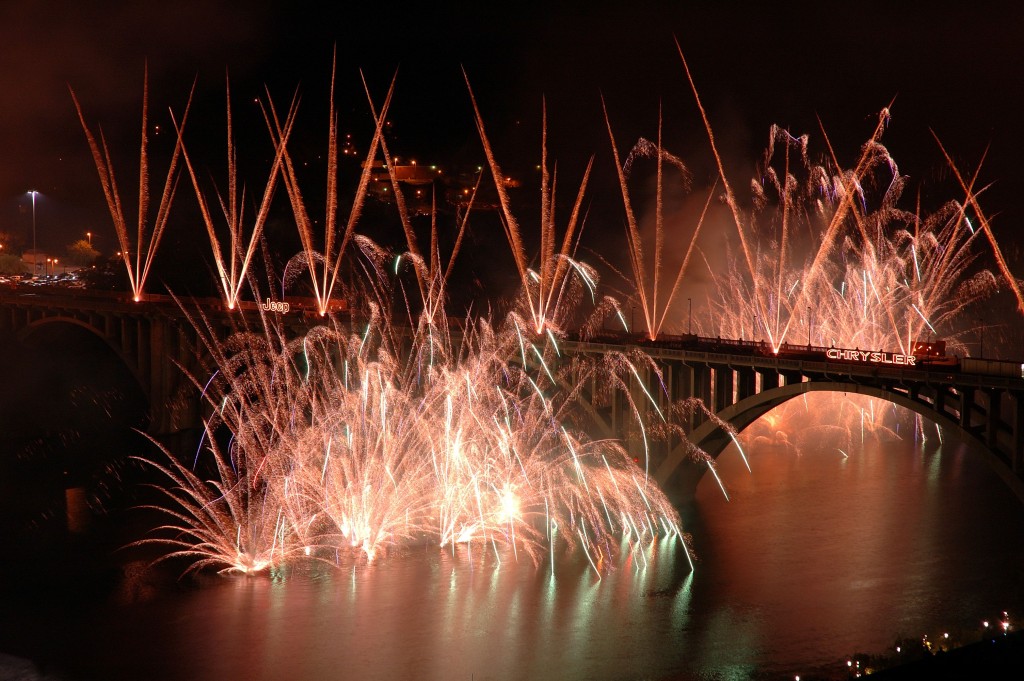 For Tennessee Volunteer football fans, it also ushered in football season as part of the home opener weekend.  A great weekend filled with football, rocky top, and fireworks choreographed to music on the banks of the Tennessee river and shot off the Gay Street bridge next to Neyland Stadium. Boomsday was an every year event for my family and I when we lived in Knoxville.  Even after moving away, we still attended almost every home opener and Boomsday event. The waterfall show off the gay street bridge, the underwater lights and fireworks shooting out from the Tennessee river made Boomsday a spectacular show.

Its such a shame that, in today’s age, businesses and supporters have become so much harder to get involved in local events. Everyone’s more interested in making money than making people who live and visit Knoxville love being there by being witness to an event such as Boomsday. Obviously one person can’t change the current economics of businesses and supporters in Knoxville but sure if one man can pull off an event for the ages such as Checkered Neyland, why could we not save Boomsday?

If you look REAL hard (and quick) you’ll see I’m the second donor on this broadcast. I donated $100 to the cause of saving Boomsday! I bet you out of all the people in Knoxville, sadly no one will step up to help….. Maybe next year, when their is no Boomsday, they’ll also be the ones to complain.