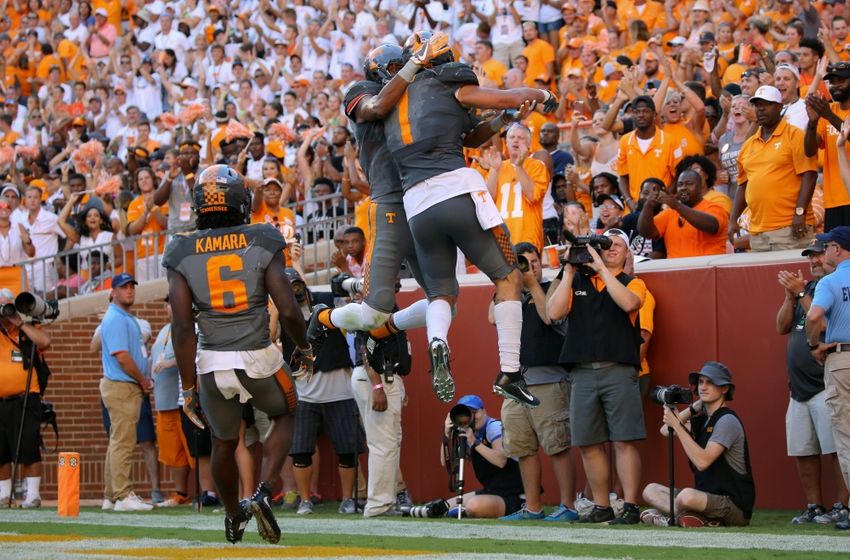 Is there any hope for Tennessee?

The Florida Gators have had our number for over a decade with the past 2 losses handed to us by a 1 point margin. Tennessee’s sloppy start to the season with Appalachian State taking us to overtime, Virginia Tech arguably handing us the game with 5 turnovers, and Ohio (No not Ohio State) playing us close throughout the game.

These games were suppose to be a precursor for Tennessee to work out their jitters before major SEC play which has a stretch of Florida, at Georgia, at Texas A&M, and Alabama before a bye week heading to the remaining schedule of South Carolina, Missouri, Kentucky, and Vanderbilt.

The #checkerneyland movement slowly moving from phenomenon to curse was chosen once again for Florida with fans saying they would boycott it moving forward if we lose again. #checkerneland is something I personally love no matter what the outcome but I can certainly relate to the other argument that it’s a jinx.

By halftime, Vol fans were ready to dump #checkerneyland, fire Butch Jones, and take their torches and pitch forks to campus with Tennessee having the ball on the 1 yard line, 10 yard line, and 15 yard line and walking into halftime down 21-3 to Florida. Fair weather fans leaving the stadium and online posts skyrocketing about our sad state of affairs. 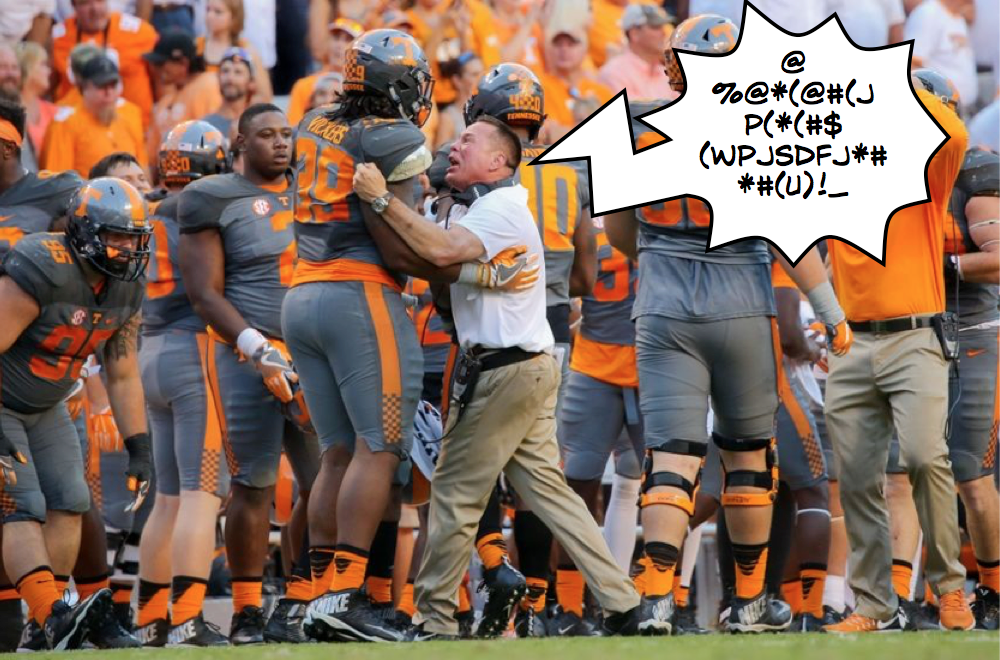 Little did the know a different Tennessee team lay waiting in a dark tunnel for the second half. A team that would show fans just what we might be capable of. My speculation that Butch Jones had a “come to Jesus” meeting with DeBord at halftime made me convinced that our vanilla offense is all DeBord.

The team that came out for the second half shredded the offensive playbook and started letting things fly by scoring 35 unanswered points before allowing Florida another score and the game ending in a 38-28 victory for the Vols and finally erasing an 11 year winning streak by the Gators.

Coach Butch Jones admitted in the post game press conference that probably no one in Tennessee wanted to see him at halftime and he was right.

So what’s the deal? Is Jones the problem or his staff? What does it say with how are games have played out thus far? What was behind the resurgence from Tennessee in the second half?

Long story short, Butch Jones is our guy! I’m a believer that Jones will put Tennessee back in the Top 10 and year end and year out contenders in the SEC. However, if Jones plans to propel the Vols forward, he’s going to have to ditch his loyalty to assistants and bring in the people that will have the right plan for Tennessee. DeBord does not! The jury is still out on Shoop due to our defensive injuries but it’s clear the defense, no matter who is in, plays far better in the second half. Sam Pittman needs to be brought back immediately and a solid game plan on offense that includes great run blocking and a healthy passing game that isn’t limited to the perimeter.

Hopefully we can pull out a win in Georgia and survive Texas A&M and/or Alabama. I’m skeptical with our current plan. Only time will tell.