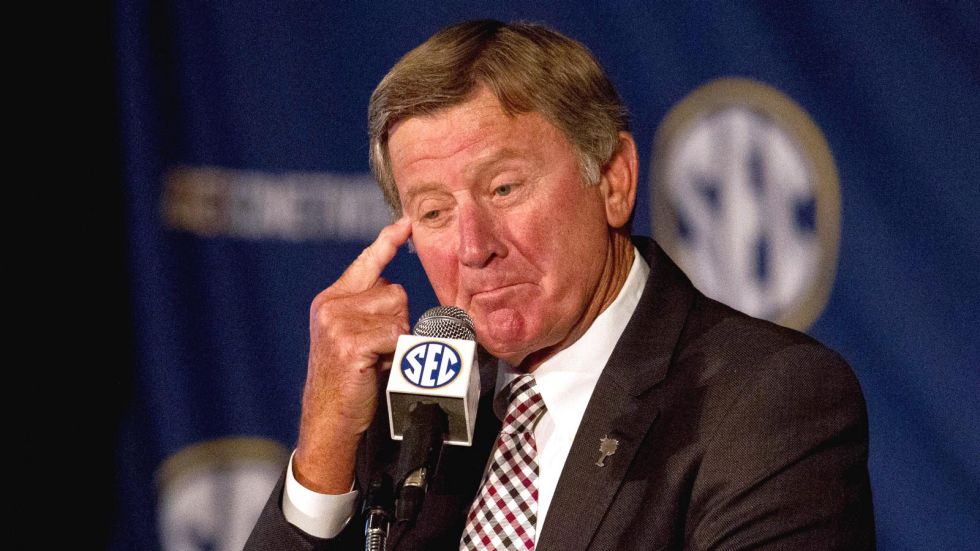 In a bizarre twist, one thing that volunteer fans look forward to besides the NFL draft is of course Tennessee’s Spring game. However this year the spring game will have an odd feel to it as the University of Tennessee’s quarterback club will honor coach Steve Spurrier with the Robert Neyland Award to an individual who “to an outstanding man who has contributed greatly to intercollegiate athletics”.

One cannot deny Steve Spurrier’s contribution the college football spanning 50 years, a Heisman trophy, two national championships at the University of Florida, and a somewhat successful stint at the University of South Carolina. To honor a man who is been the “J.R. Ewing” of college football at a venue of one of his main competitors makes very little sense. Spurrier not only has success against Tennessee but also made Tennessee the butt of most of his jokes with the media.

Consistently quipping with coach Philip Fulmer and the idiots that followed was one of Steve Spurrier’s favorite hobbies, the Knoxville quarterbacks club has given the Robert Neyland Award to some Who’s Who in college football such as Gene Stallings at Alabama, Lloyd Carr at Michigan, Mack Brown at Texas, and even the moronic Lou Holtz at Notre Dame but to honor a man who is been the bane of Tennessee’s existence for the past two decades at our spring game is unthinkable. 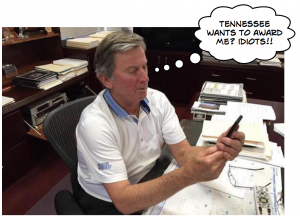 I normally enjoy the spring game because it serves as a bridge in what is the dead space of non-college football season and it allows my family and to enjoy Neyland Stadium as well as meeting the players and coaches, I find myself with a lot of angst about the spring game for the fact that we are going to honor a man who walked out on his team mid season last year.

I hope at the end of the award’s ceremony they tar and feather him in orange and white feathers and send him back home to his comfy spot at Augusta National. Needless to say this’ll be the first spring game that I have purposely NOT attended!