Wobley Gets Sacked by Fans 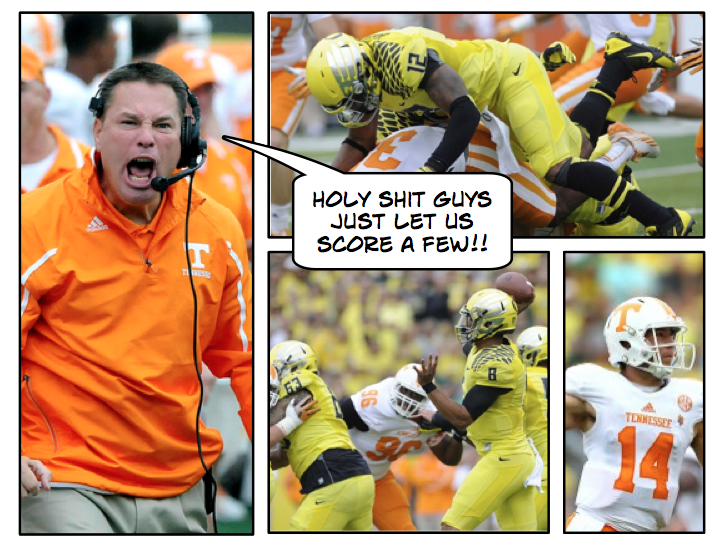 Volunteers fans began the rebel rousing as the Vols put together a great game against the Oregon Ducks for the first 3 minutes of the 1st quarter, then bedlam!  Most of us already knew this was going to be a mark in the loss column but looked optimistically at the game as a litmus test for Butch Jones’s first season and first game against, not only a ranked opponent, but a infamously ranked opponent.  The ducks had previously embarrassed the University of Virginia Cavaliers 59-10 and proceeded with their same game plan with Tennessee.  By the second half, most Vol fans would admit to turning the channel to the Alabama / Texas A&M game.  What transpired was a throttling that Butch Jones probably didn’t imagine he could get…… BUTCH PLEASE!  Welcome to Tennessee!

What followed was the chat boards, radio shows, and TV talking heads putting most of the blame on Justin Worley saying he was not the solution for our team and was the primary reason for the loss. I can certainly listen to an arguement about him not being the best candidate for the quarterback job but, in my humble opinion, he was better than the apathetic Bray we finished suffering through.  Bray at times was wonderful and at times seemed to have his head in a swedish bikini model commercial just when he was suppose to throw that all important 3rd down pass to sustain our drive or get a touchdown. So, regardless of talent, I’ll be more happy with a lesser quarterback who understands where what world he is in.  Coach Butch Jones can at least work with that and improve with Worley rather than waste tinkering with Bray’s Zoloft doses.

What’s really important after Oregon’s embarrassing 59 points they scored on us is to bring fans back down to Earth.

This is now Tennessee!

Tennessee, the football program that still has players who were recruited by Phillip Fulmer (yes you read correctly), the team left in shambles by an 8 month tenure by The Weasel, and the program who got drive to hell and parked in purgatory under Head Coach Derek Dooley. 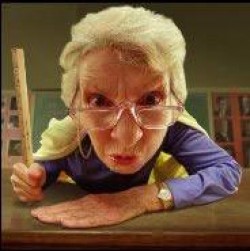 You can’t possibly believe that 5 years of driving southbound at the speed of a Ferrari F35 Spider and suddenly make a U-turn would land us back in 2007 do you?  You see College Football is much lake a class in high school or college, you remember those don’t you? (hopefully) You would be cruising along with an A with all your pop quizes and assignments then drop a “Dooley” on your midterm test and watch that A fall to a D-.  Then have to work, cheat, beg, borrow, and bribe your teacher just to get back into the B area.  That is exactly where this football program is, having to beg its way back into the good graces of the SEC and college football before the dreaded expulsion letter.

So calm down fans, because Tennessee isn’t getting back to where we want them for a few years.  The best we can hope for is good showings and tight losses and maybe that one surprise win over either a SEC team or a ranked team or, if Christmas comes early or Butch Jones makes a deal with Joe Kennedy’s corpse, a win against a ranked SEC opponent.

I just wouldn’t be too upset if you don’t see it for the next year or two!