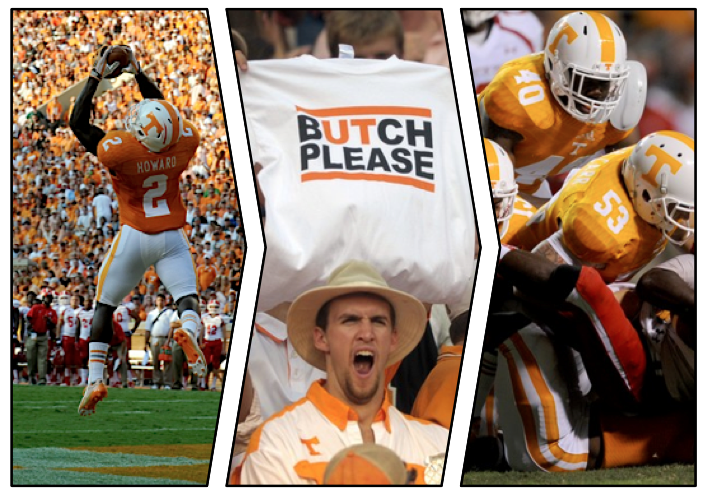 Once again we find the air filled with anticipation, another new coach, old defensive schemes, and a creampie first opponent to just make sure things start off right. Since the hire of Cincinnati’s head coach Butch Jones, Vol fans have once again started the 4 year tradition now of talking themselves into a “hopeful” season.  Understandably opening the first two games with Austin Peay and, a little more slippery, Western Kentucky touting ex-Arkansas head coach Bobby Petrino will at least put the Vols in the 2 and 0 column prior to making two road games to Oregon, where we got obliterated last time thanks to ousted coach Phillip Fulmer, and the ever wonderful (sarcasm) Gainsville, Florida where we will try and exercise the gator demons.

With no surprise of a final score of 45-0, the one silver lining is that the Tennessee Volunteers entered an elite College Football club and we did so NOT at the helm of an undeserving Derek Dooley.  Tennessee entered the 800 win club.  A club with only 1 other SEC team Alabama. 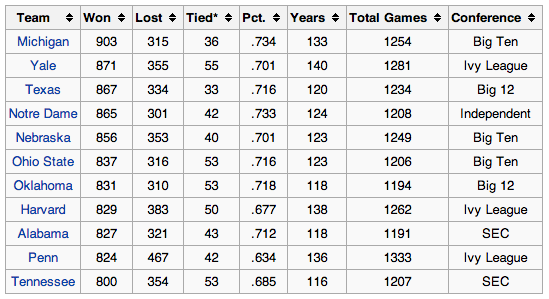 Removing the 3 Ivy League teams leaves a class of 7 other teams, 6 of which are in inferior conferences to the SEC.  While I’m glad, again, this did not occur under the Derek Dooley error, I can only hope that these 2 occurances signal that the Butch Jones era will be one that propels Tennessee back to the top ranks of not only the SEC but College Football itself. 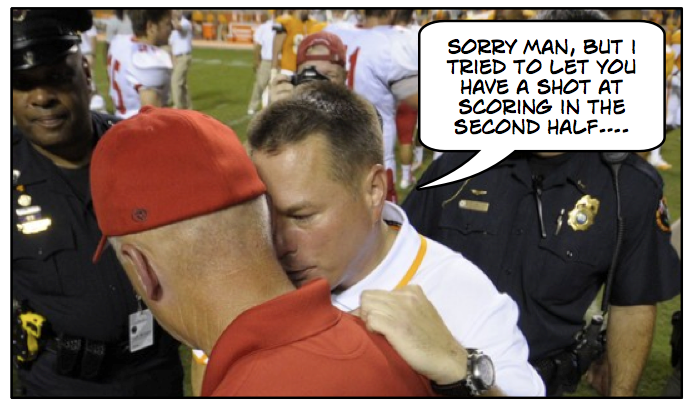