No Singing a Medley 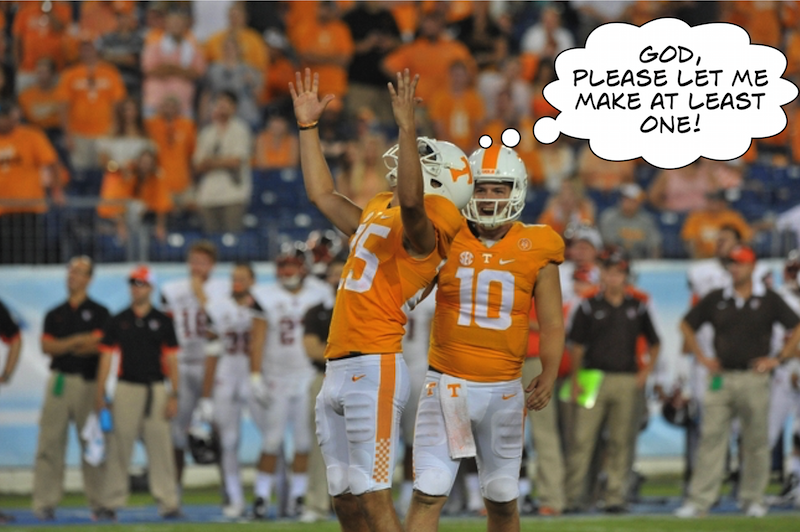 And so again the words “maybe next year” come up again with Volunteer fans as we lose another game to Alabama taking the streak to 9 years. Tennessee has made a habit of letting our rivals come away with wins that should not have happened. The Vols hung tight with Alabama on both sides of the ball but yet fell short again 19-14 in Tuscaloosa. It wan’t long ago that I was ripping into Palardy, another Tennessee kicker plagued with the inability to make field goals. Yet, when Butch Jones arrived, he immediately improved and was a difference maker. Now we are again in a similar situation with Aaron Medley. This situation, however, doesn’t look to be correctable by Butch Jones as Medley left 9 points on the field with missed field goals. Yes, they were long attempts but he has had multiple chances this year to be a difference maker and failed.

While we can easily say Tennessee if far more competitive now than before, we are still being handed losses by teams we can and should be able to beat. Vol fans continue to hear about the youth of the team and the injuries but the rope keeps getting tighter around this coaching staff. Tennessee in every game show flashes of what it is capable of on offense but those flash in the pans aren’t repeated throughout a 60 minute game. We see them with the same frequency we catch a shooting star in the sky. It’s enough to be an eye opener but then, before a blink, it’s gone! 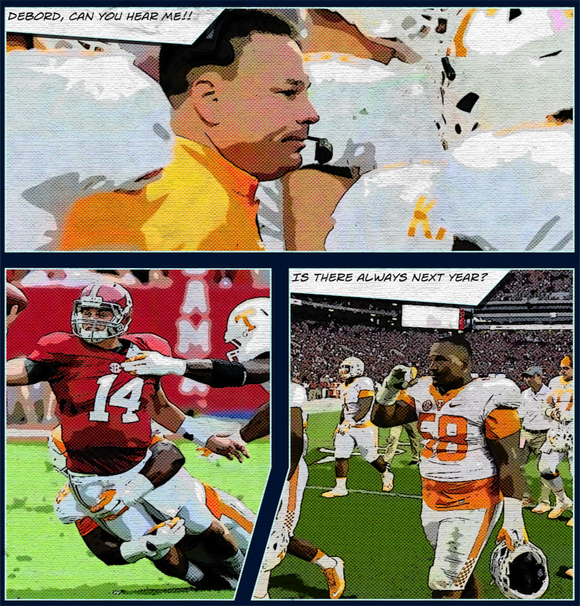 While Tennessee is clearly improving and could (fingers crossed) finish the season 8-4 with a bowl game. A record that hasn’t been seen since 2007 where we finished 9-4 with a bowl win over Wisconsin under Phillip Fulmer. The rest of Tennessee’s schedule isn’t quite a pushover as some may seem looking towards a Kentucky team poised and believing they can beat us, a Missouri and Vanderbilt team that have seemingly surprising games when you think they are not even in the hunt for a win.

A 8-4 record in Butch Jones’ 3rd year as head coach shows he’s certainly the man for the job. Recruiting classes in the top 5 for two years straight and loads of young talent which will only get better. Which begs the question, are all the other teams just going to get worse? NO, they are recruiting too just as good and stacking up just as much talent. Butch Jones hasn’t tapped into a secret formula to put Tennessee on top again but he is showing he can get us there. To get us there though he may need to make some tough choices. 1… getting rid of Mike DeBord as Offensive Coordinator who clearly puts together game plans to just stay in games instead of putting them away!

It’s time for Jimmy Cheek and Dave Hart to put up the money and allow Butch Jones to bring in some real coordinators who can compete in the SEC. Then, hopefully, we can stop hearing the “maybe next year”! 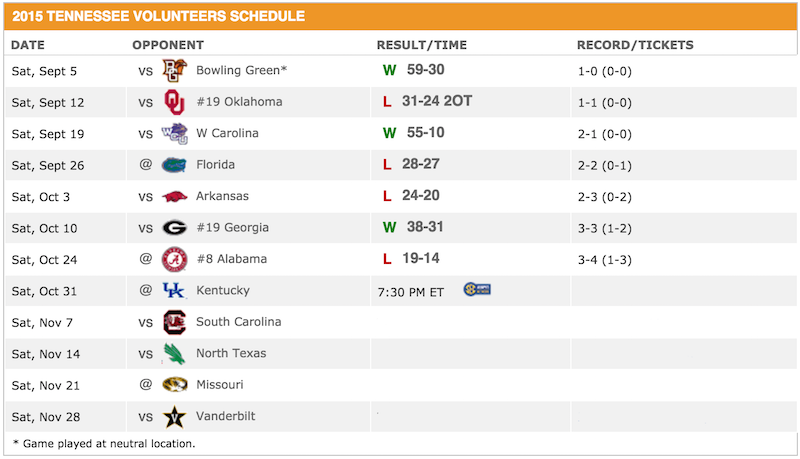