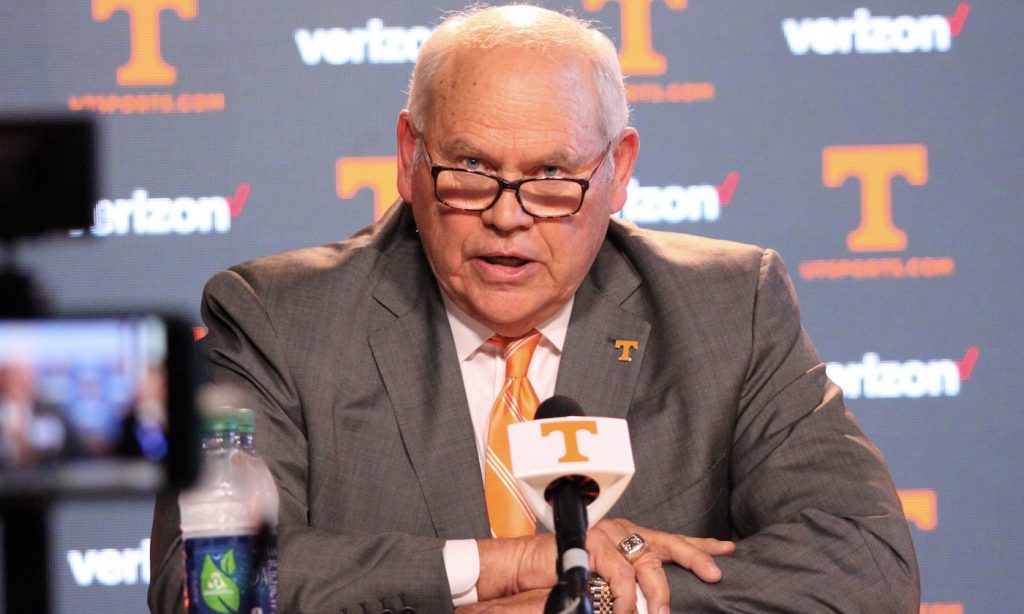 Fulmer back at Tennessee

“Be careful what you wish for” was a mantra I repeated to many fans of other college football teams complaining about their coaching situation. I was one who clearly was in the “get rid of Fulmer” camp over a decade ago as the Vols seemingly stalled in competitive play and felt Fulmer had past his expiration date. With the past decade being an absolute train wreck, I found myself eating plenty of crow and wishing we had him back.

Given how this year has ended, desperation, doesn’t adequately describe what myself and Vol fans are feeling with our program which has become the laughing stock of, not only the SEC, but college football altogether.

With Tennessee turning back the clock a bit, Fulmer has been brought back in as Athletic Director to right the ship clearly under water at Tennessee. For most Vol fans, this came as a welcomed change and instantly calmed down the natives who were ready with their torches and pitch forks at the campus doors.

Fulmer has lived and breathed Tennessee football and, despite his dismissal, never stopped supporting the program. Once the winningest coach in College Football, hopefully Fulmer as Athletic Director will start to get Tennessee back to its roots as a football powerhouse.

He’s got a long road to go given how damaged the program is but, I for one, am glad to see him back on campus and leading the program in the right direction.