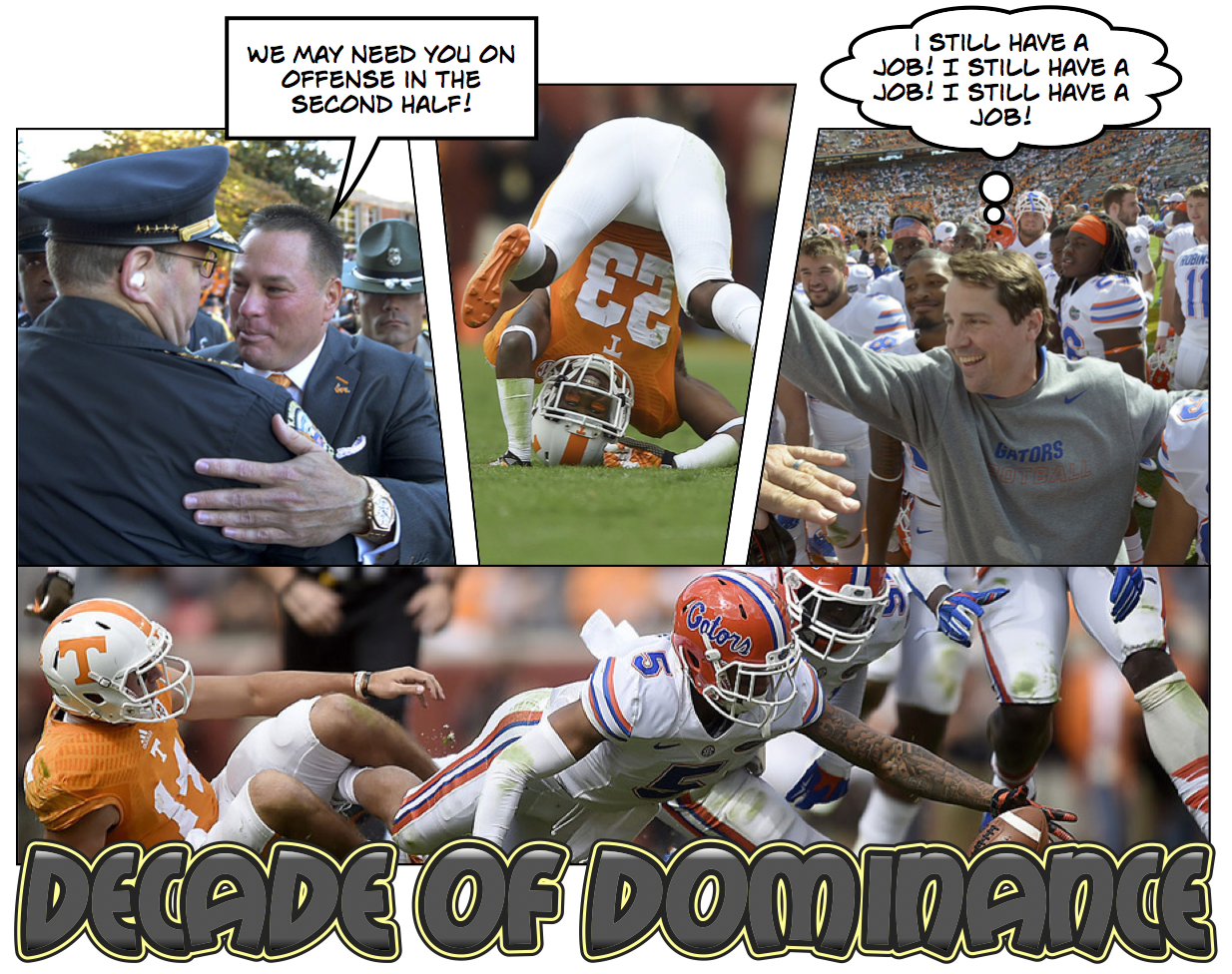 In a year that Vol fans had convinced themselves we could surprise a couple of teams that have had our number for years, Tennessee fell short in games against Georgia and Florida.  Both games close but the Florida game was too close. Tennessee had performed well for most of the low scoring game keeping Florida out of scoring positions over and over.

Then came the 4th Quarter!

Tennessee starting letting Florida get back in the game and eventually taking down the Vols by 1 point 10 to 9.  As depressing as this game was for fans hoping we would make a statement this weekend, even more depressing is that this capped Florida with a decade of dominance over the Vols.  You have to go back to 2004 when the Vols took down the Florida Gators 30-28 at Neyland Stadium under head coach Phillip Fulmer. It always seemed that Steve Spurrier and the Gators had the Vols number winning the majority of matchups against the Vols and Fulmer.

This year hope was high but quickly fleeting as the Vols were able to hang into games but not seal the deal. Given the colossal screw up the past few years have been since the departure of Fulmer, Vol fans need to remain vigilant that head coach Butch Jones is just 1 or 2 seasons away from returning the Vols to the top of the SEC East and SEC. Next year’s game will be in the swamp and certainly the Vols will be underdogs. Will this be the year similar to the late 90’s where Vol fans carried “WE BELIEVE” signs for the team as they boarded the bus to Gainesville and eventually took down the Florida Gators in the swamp?

With the largest team in NCAA football with starting freshmen, the Vols could be on the cusp of quickly showing we are on the right track with the program and regaining the SEC and making Neyland, once again, a feared place to play football.

« Classless Fans The Glory that is BIG ORANGE »